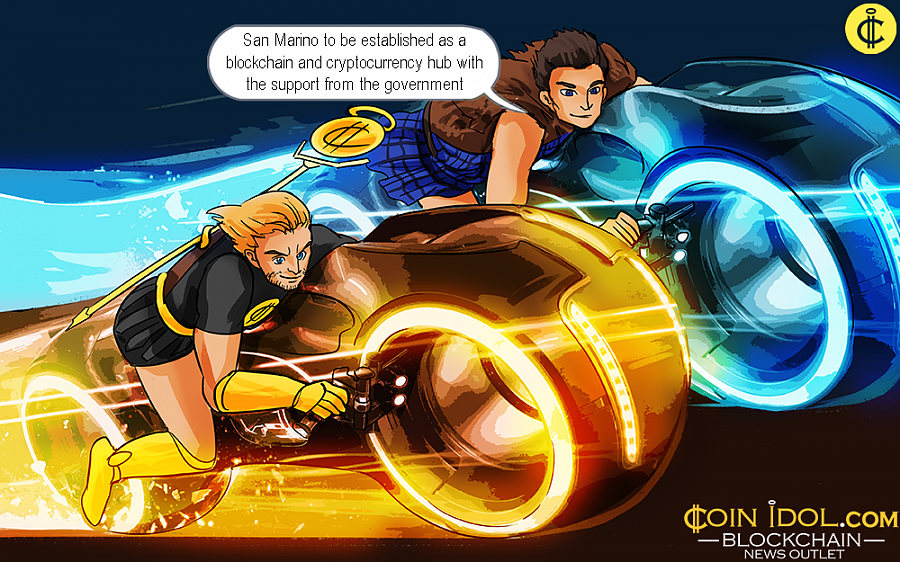 The Most Serene Republic of San Marino, a country located on the Italian Peninsula, has finally approved the cryptocurrency and blockchain regulations that will be governing all the innovations and operations related to this technology. A new committee was also formed so as to develop the country’s position as the globe-top hub for innovative technologies. The country is preferably placed to become a worldwide hub.

A state-owned company known as San Marino Innovation has been given absolute powers to act as the Blockchain Regulatory Authority. The company has started with forming a high-level team which will combine hands in developing a great hub for innovation. According to the Government
Decree, regulatory certainty and legal framework for blockchain-related businesses are provided.

The public has been argued to speak to Sergio Mottola, the newly appointed President of the company on matters concerning: the impact of recent final “blockchain technology for businesses” decree; the country’s approach to creating a legal framework, regulatory certainty and tax exemption status for businesses; the country’s stance on the separation of utility tokens, investment tokens and cryptocurrencies; and reasons why the Government is interested in blockchain technology and its advantages with being a small, reactive state that can nurture innovation in a way that larger countries can’t.

The country will further drive open innovation initiatives, grow the blockchain ecosystem, and establish the Republic as an innovation center with the support from the government legislation and
regulation. San Marino being a small-sized and the oldest country in the world, it understands how things are being done, and that is why legislators are this time pushing for the apt regulations, to enable its citizens and neighbors including Italy benefit from the industry.

Besides the leadership role, the committee is also tasked to carry out scientific studies and explore the use case and potentials of innovations, participate in creating the regulatory framework, manage some regulatory issues, with the aim of attracting more investors, startups and projects into the country.

Previously, the republic has been considering to regulate this disruptive technology and all of its bad and good activities such as money laundering, cybercrime, and others. The nation seeks to boost the economy and its defend its high-technology profile. In an effort to fight illegal activities, legislators and other authorities, brought a decree targeting at formulating a concrete
anti-money laundering regulation.

Bitcoin is Holding Strong, What You can Expect Now

3 key Observations Regarding the Current State of EOS dApps