Coming every Sunday, the Hodler’s Digest will help you track every single important news story that happened this week. The best (and worst) quotes, adoption and regulation highlights, leading coins, predictions, and much more — a week on Cointelegraph in one link.

Mark Karpeles, the former CEO of long-defunct Japanese cryptocurrency exchange Mt. Gox, denied press claims this week that he is returning to blockchain. Karpeles said that his activities with Tristan Technologies will not involve the cryptocurrency sector, as previously reported, and that the firm is not a startup and not related to blockchain. In comments to Cointelegraph, Karpeles said that he wasn’t “sure how this got reported wrong” and that his main goal is to “try to bring back Japan near the top of the IT industry.” A judge acquitted Karpeles of embezzlement in March and is currently appealing a lesser conviction of data manipulation, all in relation to the hack of Mt. Gox. 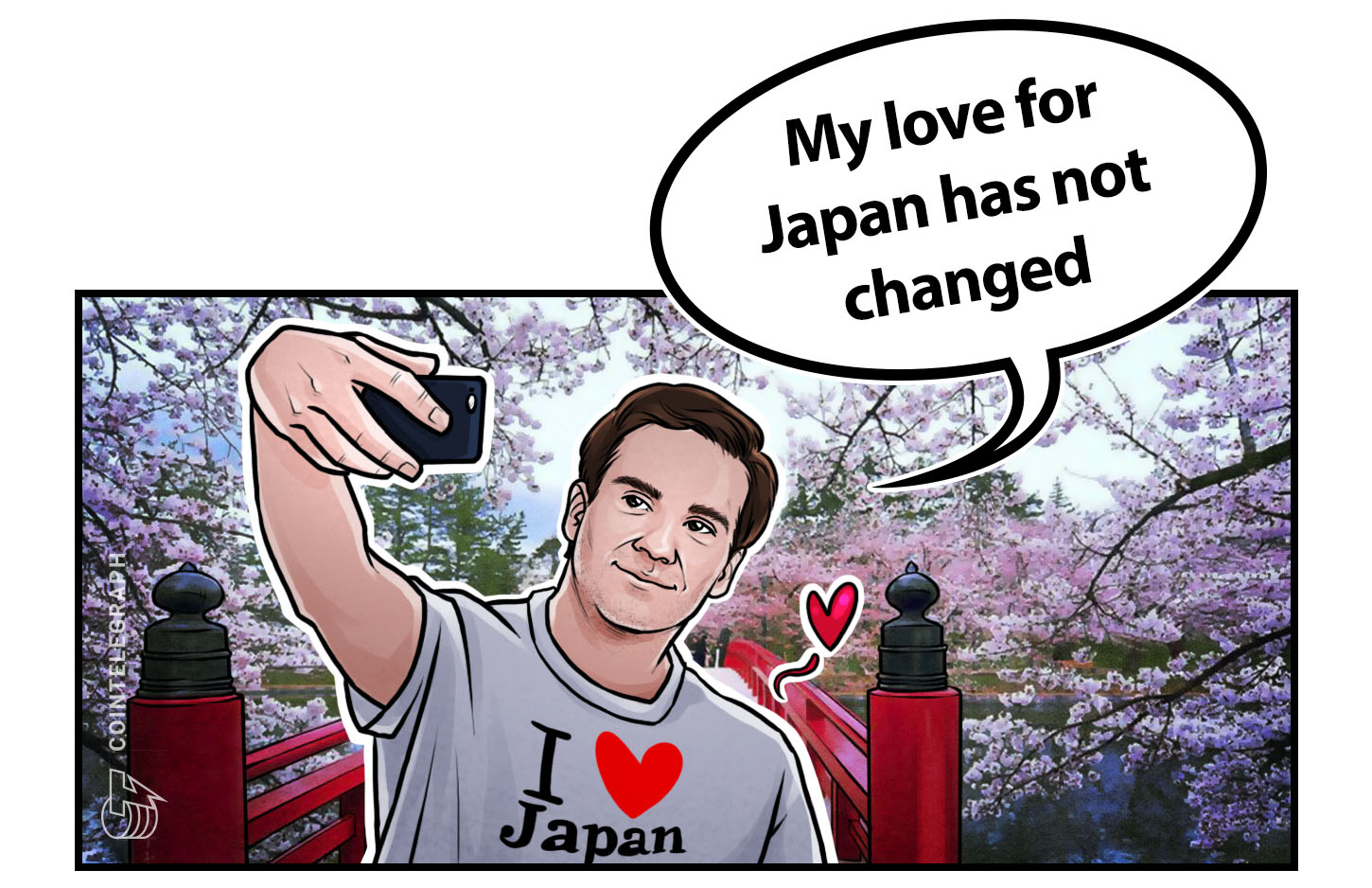 Canadian startup Kik has been sued by the United States Securities and Exchange Commission (SEC) for an unregistered $100 million token offering. According to the SEC’s complaint, the commission alleged that Kik’s digital token sale was not compliant with U.S. securities laws, as it had not registered the offering with the proper authorities. The SEC’s complaint comes right after Kik’s recent announcement that the company is launching a $5 million crypto initiative to fund a lawsuit against the SEC, with a campaign called DefendCrypto. Steven Peikin, co-director of the SEC’s Division of Enforcement, said in a press release that, by conducting its kin token sale, Kik “deprived investors of information to which they were legally entitled and prevented investors from making informed investment decisions.”

Justin Sun, Tron founder and CEO, has won an eBay charity auction to have lunch with Warren Buffett, renowned investor and CEO of Berkshire Hathaway. In order to win the lunch, which Buffett has participated in for 20 years, Sun allegedly bid a record-breaking $4,567,888. The winner will be able to bring along seven friends to a New York steakhouse, and all proceeds from the auction go to San Francisco-based nonprofit Glide Foundation. Sun wrote in a statement that the bid was a key priority for the Tron and BitTorrent team. Buffett has long been known for his negative stance on cryptocurrencies, although he has made positive comments in regard to blockchain.

Global peer-to-peer (p2p) crypto exchange LocalBitcoins officially confirmed this week the removal of trading in local fiat currencies. The Finland-based exchange had previously removed the cash trading option on June 1 with no announcement, which caused some outrage in the crypto community. In an official statement this week, the exchange noted that its liabilities are determined by the Act on Detecting and Preventing Money Laundering and Terrorist Financing, which requires them to follow certain regulations. The move comes on the heels of the news that LocalBitcoins will soon become monitored by the Financial Supervisory Authority of Finland, as the Finnish government passed new legislation for crypto assets earlier this year.

Social media giant Facebook will reportedly announce its cryptocurrency project this month, and employees will be allowed to take part of their salary in the coin. According to unnamed sources, the white paper for the coin will be released on June 18. As well, Laura McCracken, Facebook’s head of financial services and payment partnerships for Northern Europe, said in an interview this week that the stablecoin would not only involve a U.S. dollar peg. Other media reports this week have noted that there are now 100 people known to be working on the crypto project via profiles on professional networking platform LinkedIn.
Winners and Losers 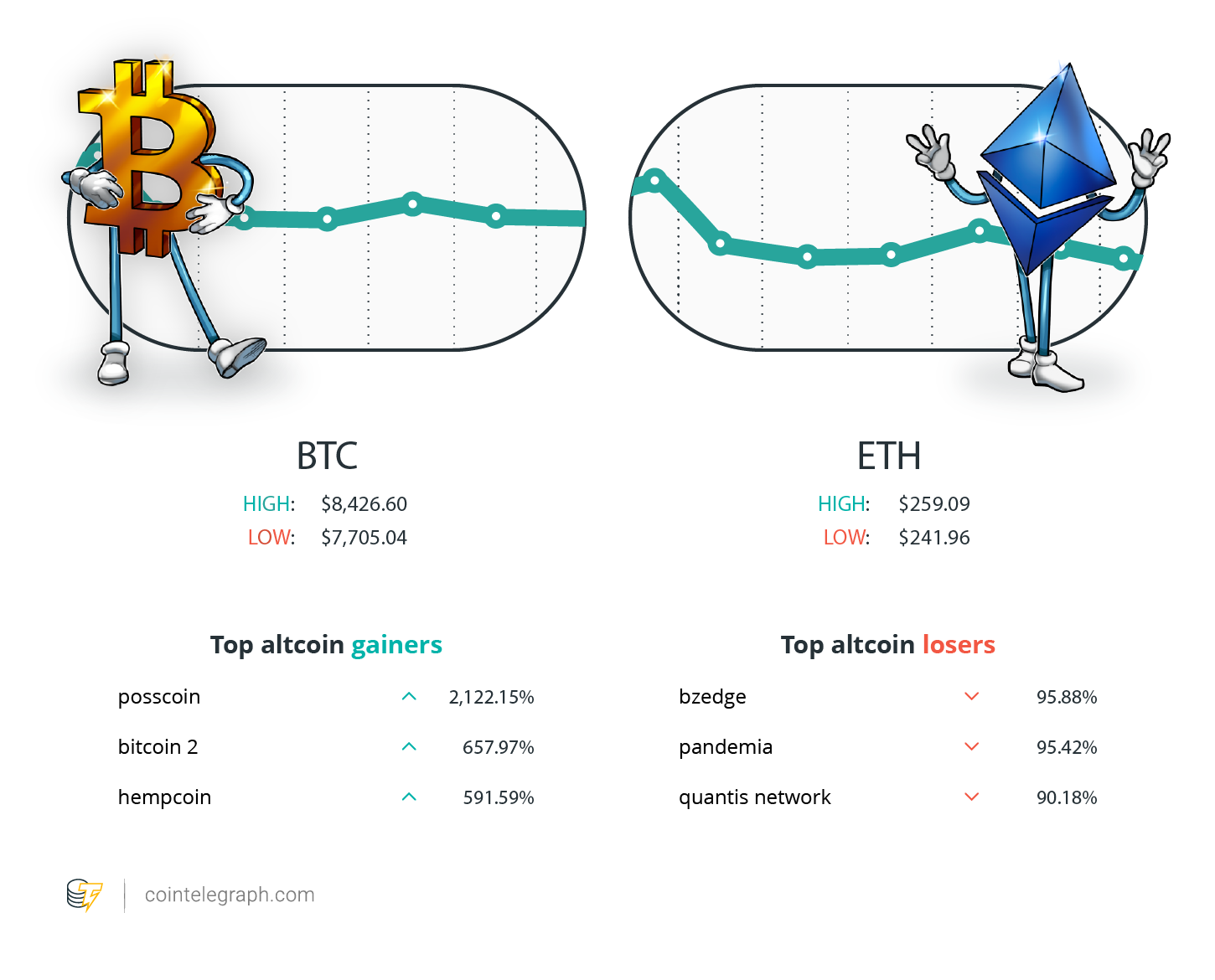 “The unwillingness to allow more competitors to offer geared ETFs seems to be another example of denying or curtailing access to a product that would be useful to some investors.”

Hester Peirce, commissioner at the SEC

“What a difference it would have made a decade ago if blockchain technology on a private distributed ledger accessible to regulators had been the informational foundation of Wall Street’s derivatives exposures.”

“I don’t think I’m a Neanderthal, which is what I’ve been called when I’ve said I didn’t want to own bitcoin.”

“I don’t recommend bitcoin in either direction because I don’t really care for it in terms of an asset, but I do care for it as a signalling mechanism that I think was a tip-off to this bounce in gold.”

“My love for Japan has not changed. Japan used to be engineering superpower in terms of its PCs but right now, taking the cloud for example, it’s the U.S. that dominates. But I still believe in the potential Japan has and I would like to develop that.”

“The lack of financial inclusion is not a ‘bug’ of the traditional financial system. It’s a direct result of the regulatory architecture and the intermediaries policies.”

“I do not know what bitcoin is.” 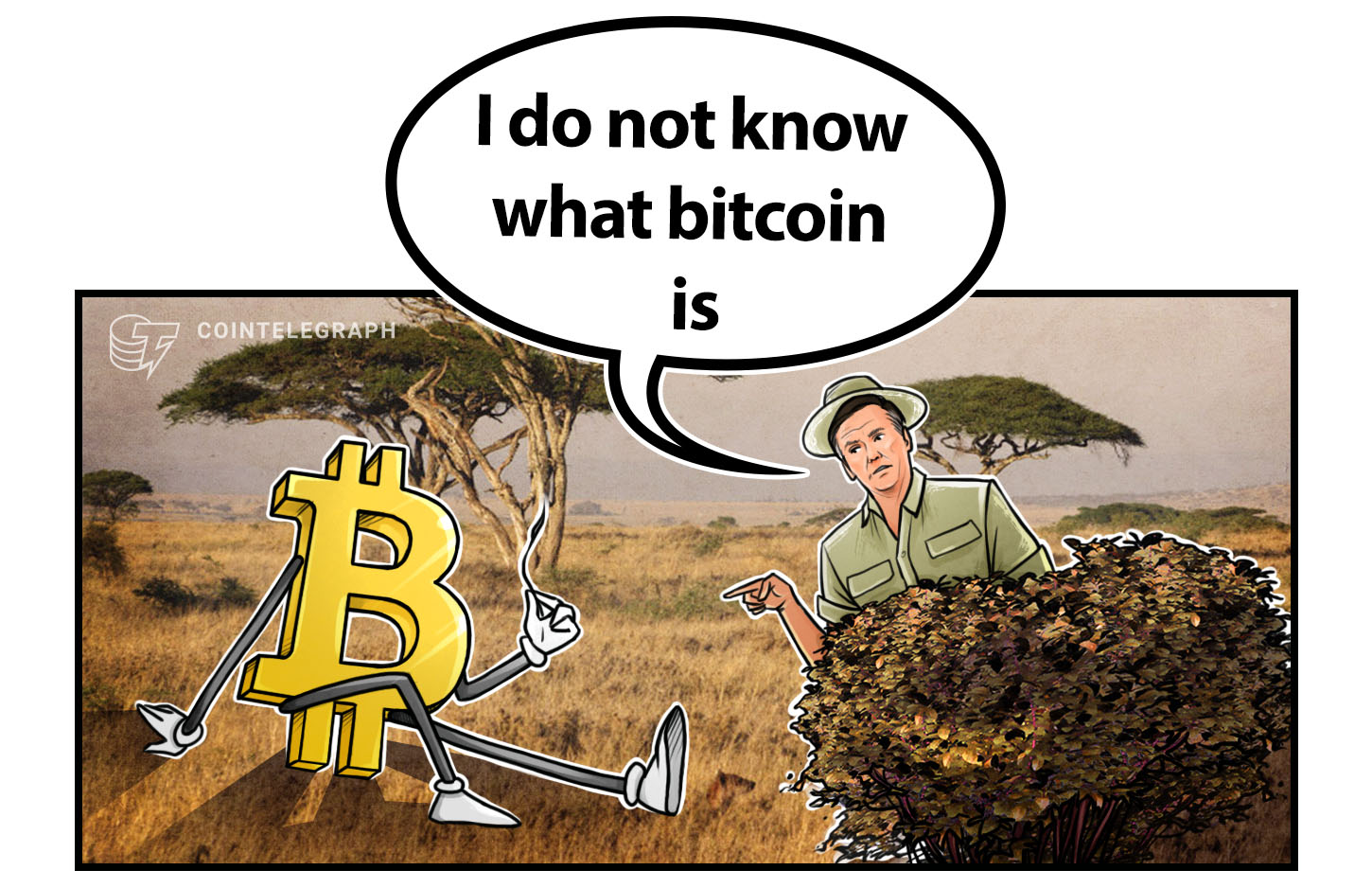 Report: Polish Exchange Shuts Down and Disappears With Customers Funds

Coinroom, a Polish cryptocurrency exchange, has reportedly shut down its operations and disappeared with customer funds. While the total amount lost has not been disclosed, some users said that they had up to 60,000 zloty (around $15,790) in their accounts. Before ending its operations, Coinroom reportedly asked customers in an email to withdraw their money in one day, while in reality, customers have said that they were unable to get all of their money in this final withdrawal. A spokesperson for the district prosecutor’s office in Warsaw said that proceedings had been initiated against Coinroom for unregistered crypto payment services.

According to Twitter user and malware researcher Fumik0_, a new website is spreading cryptocurrency malware. The aforementioned site reportedly imitates the website for Cryptohopper, a site where users can program tools to perform automatic cryptocurrency trading. After a user goes on the site, which displays the logo of Cryptohopper in an attempt to trick the user, it automatically downloads a setup.exe installer that will infect the computer once it runs. The installer infects the computer with an information-stealing Trojan, which then also installs two other Qulab Trojans for mining and clipboard hijacking deployed once every minute to collect data.

Cryptocurrency wallet service GateHub said this week that hackers compromised almost 100 XRP Ledger wallets, resulting in the loss of around $10 million. In a statement, GateHub said that it was notified by community members of the loss of funds, following which it discovered increased application programming interface (API) calls coming from a small number of IP addresses. While one of those who warned GateHub about the breach reported that almost 13,100,000 XRP ($5.37 million) had already been laundered through exchanges and mixer services, GateHub has stated that the investigation is still ongoing. 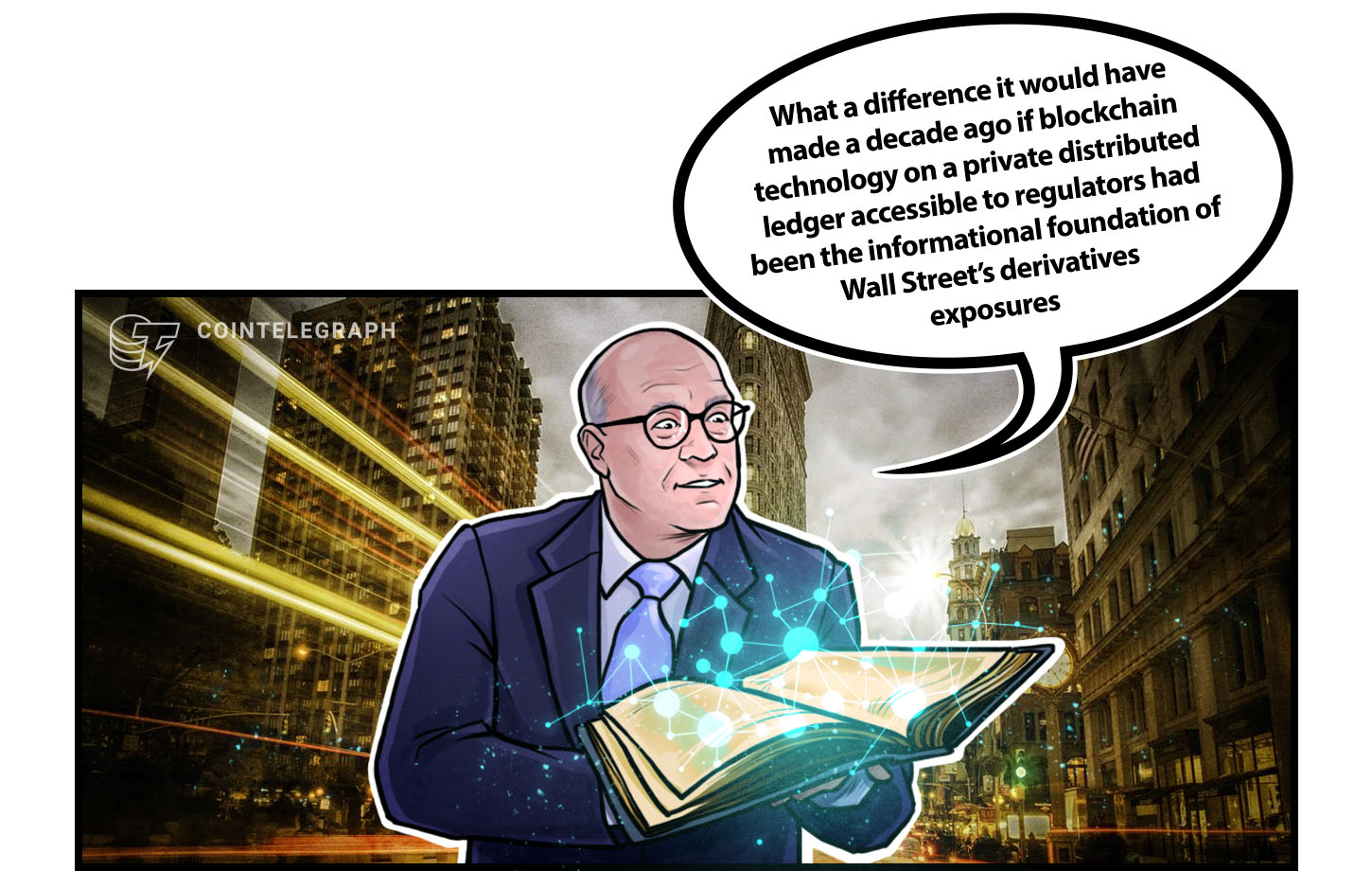 The Land of the Free: Why Decentralization Matters in the Crypto Republic

After Tezos updated without forking and Iota introduced an ostensibly centralization-killing element, Cointelegraph examines the importance of decentralization by some of the large players in the crypto community.

Satoshi Posers — Why So Many Takers for the Bitcoin Crown?

With some anonymous Satoshi Nakomoto posers coming out of the woodwork, as well as one very not-so-anonymous Craig Wright, Cointelegraph looks at the potential motivations for claiming to be bitcoin’s father.

What Is a Satoshi, the Smallest Unit on the Bitcoin Blockchain?

In this analysis, Cointelegraph explains what exactly a “satoshi” is, why this buzzword has become popular recently, and who came up with the term itself.

What Is a Satoshi, the Smallest Unit on the Bitcoin Blockchain?