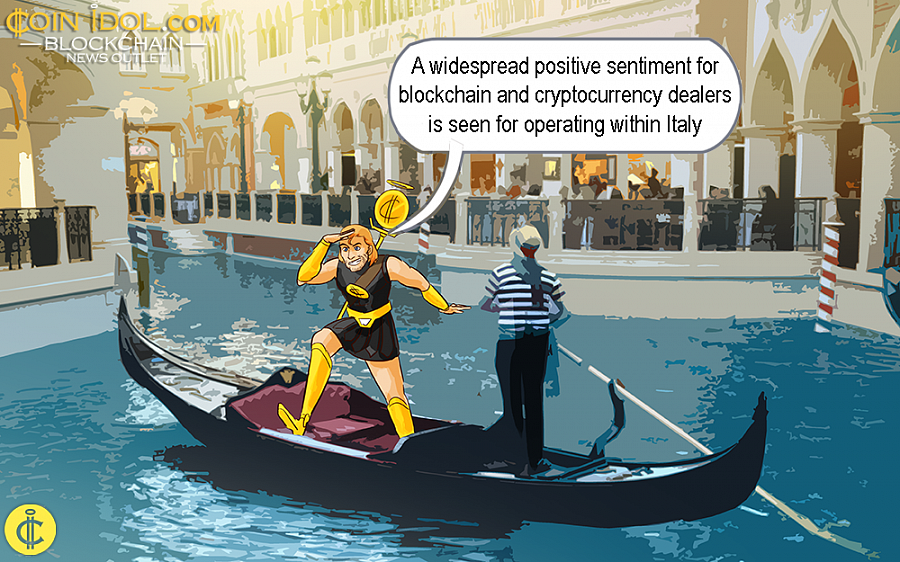 After the protracted bear market for Bitcoin, confidence and optimism has once again returned to the cryptocurrency community. A widespread positive sentiment is now clearly visible in the perspectives of blockchain and cryptocurrency dealers operating within Italy. But what are some of the reasons behind the recent recovery of cryptocurrencies?  Most investors have focused on concerns over capital controls in China and most especially on the security race due to global geopolitical tensions, such as the US-China trade war.

One reason behind Bitcoin’s come-back, is that institutional money has been increasingly attracted to the sector and has caused a significant growth of cryptocurrency and Bitcoin price we are seeing now. The long-term institutional funds accepted by new services that have become available in the industry, and this is clearly a driver for extraordinary long-term optimism than the other temporary and speculative factors that materialized in April.

Institutional investors such as Fidelity, JPMorgan, Goldman Sachs and others, have increased their engagement in the blockchain and cryptocurrency sector. Recently, Fidelity Investments declared that it will begin trading Bitcoins for its institutional customer base, and this means that they are starting to see the potential of digital currencies. Around 46% of their institutional customer base are willing and able to invest in digital currencies. Fidelity is also
mining BTC on a large-scale.

Besides the Bitcoin price being less than 80% of its all-time high that happened in 2017, institutional investors focus on long-term targets and are usually influenced by price instabilities which are usually short term. Regardless of explicit disparagements, Goldman Sachs has also decided to invest in Circle, that is now issuing a stablecoin “USDC.”
JPMorgan also created its own stablecoin JPM Coin to enable a transition without strain from the investment funds to the crypto-token. In the meantime, the
JPM Coin is being used to carry out inside transactions and payments amongst JPMorgan’s staff.

However, the industry has also faced some serious challenges and risks such as frauds, cyberattacks, sextortion and others. For instance, users of Canadian crypto exchange
QuadrigaCX lost their money (over $195 million) after the death of its owner Gerald Cotten when he died with private keys of cold storage of the exchange.

So, all these new services confront Italy with some fundamental operational issues, and risks for institutional investors. There is a risk linked to the solvency of the custodian of the funds. But this is a risk that the traditional financial system is used to dealing with.

Individuals want to participate in decentralization and peer-to-peer initiatives, and the great actors appreciate the “crypto-game,” they want to be part of it and they want to make it bigger so as they can make a lot of money.

Consequently, they will invest decisively in creating an infrastructure that meets their needs for the trading of Bitcoin and other major digital currencies, and this will inexorably reflect on the results of BTC, and all other related digital assets. This is an outlook that Italians crypto and blockchain maniacs are already moving towards and from which they will not turn back, and this is another important reason why the crypto ecosystem is very optimistic and developing much confidence in this less regulated sector in the long run.

Bitcoin Trading Secrets: How to Wheel & Deal Like a Crypto Whale