Today, June 7, the price of the first cryptocurrency pleased investors with a successful retest of $ 8,000.

The chart below shows that after several attempts, the price still managed to consolidate above this important level: 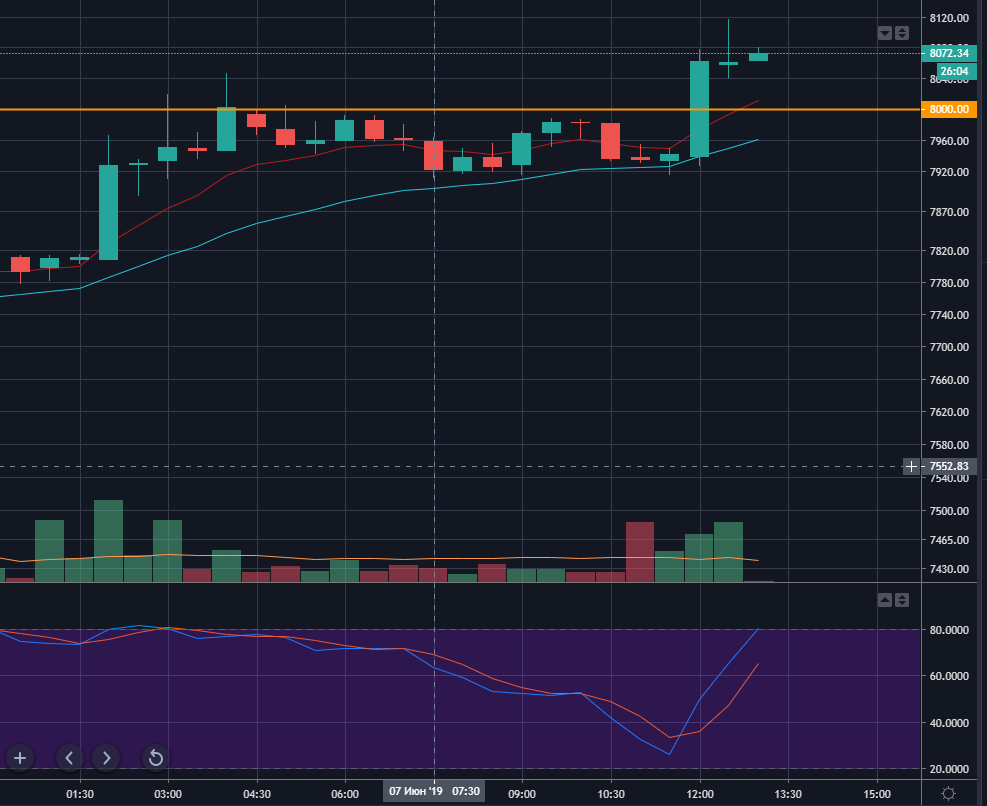 Note that the growth occurred against the backdrop of a surge in trading volume, which confirms the strength of the upward movement.

As the Twitter account of Chonis Trading notes, two symmetrical triangles preceded the rapid growth, out of which, to the delight of the hodlers, the price was chosen in an upward direction each time:

According to CoinDesk Markets analysts, the moving average with a period of 200 on a four-hour timeframe served as a reliable support for the price:

The 200-MA on the 4hr chart came to the rescue once again for #bitcoin.

Next level to watch on this time frame is ~$8,237, which acted as both support/resistance recently. pic.twitter.com/1V6StXCH2n

According to the “old tradition”, the sharp rise in the price of the first cryptocurrency gave impetus to virtually the rest of the market. For example, this is how the first ten of the CoinMarketCap rating now looks like: 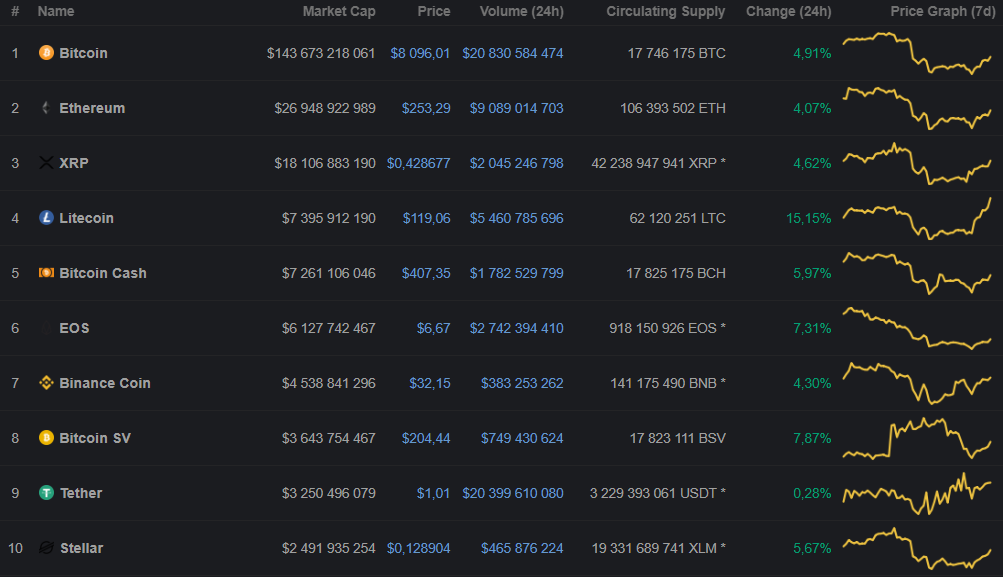 As you can see, Litecoin is growing the most. This is probably largely due to the halving reward for the block, which is only two months away.