Peter Schiff, an American stockbroker and financial commentator, is back at bashing Bitcoin. Earlier this week, Peter Schiff and Barry Silber, co-Cofounder of Gray Scale Investments that initiated the #DropGold campaign, locked horns at the SALT conference.

While Barry Silbert argued for Bitcoin’s proposition as ‘Money better than gold,’ Peter Schiff said Bitcoin is closer to FIAT and is destined to doom. For Schiff, Gold remains to be the ultimate and the only form of money on Earth as it has been since historic times. Everything else is FIAT and is backed by something or the other, which makes it volatile but not gold.

The economic tension in the world continues to grow over the trade war, Brexit issue in Europe, weakening Italian economy, and hyperinflation of developing economies. As the global economic tension builds, the growth in equity and stock markets is expected to turn negative. This environment is said to be a ‘risk-off’ as investors turn to more stable returns with bonds and gold.

Moreover, the recent surge in the gold price and a dip in Bitcoin [BTC] in ‘risk off environment’ might suggest that Bitcoin hasn’t gained gold’s status just yet. Peter Schiff tweeted on 5 June 2019,

Looks like the #Bitcoin pumpers are right about one thing. Bitcoin is indeed a non-correlated “asset.” When investors are taking risk off, they are likely to sell Bitcoin. But when they are putting risk back on, they are just as likely to keep selling Bitcoin.

Furthermore, if the economic conditions improve with federal policies and favorable outcomes, investors are likely to move back to the equity markets rather than Bitcoin [BTC]. Peter Schiff can only perceive a check-mate situation for Bitcoin from here.

Nevertheless, Bitcoin has risen exponentially w.r.t. to Gold over the past decade. Moreover, gold is experiencing an eight-year-long bear market which hasn’t reversed its momentum yet, apart from short terms increase influenced by world events.

On the other hand, Bitcoin has been on the rise despite global events, while part of it can be attributed to speculation; the belief in the electronic ledger has increased nonetheless.

Do you think that investors will #DropGold and buy Bitcoin, or it will continue as is has over the last century? Please share your views with us. 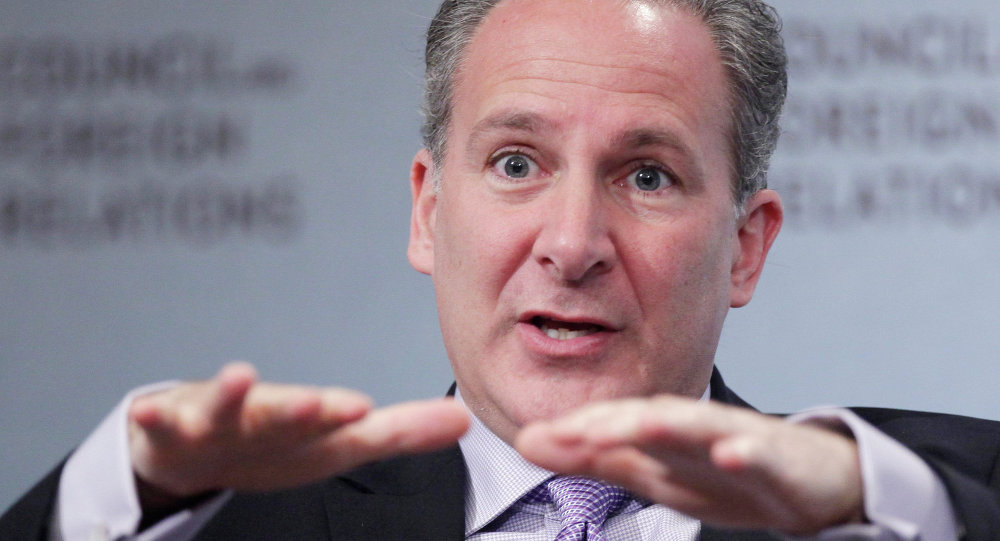 Peter Schiff, an American stockbroker and financial commentator, is back at bashing Bitcoin. Earlier this week, Peter Schiff and Barry Silber, co-Cofounder of Gray Scale Investments that initiated the #DropGold campaign, locked horns at the SALT conference.