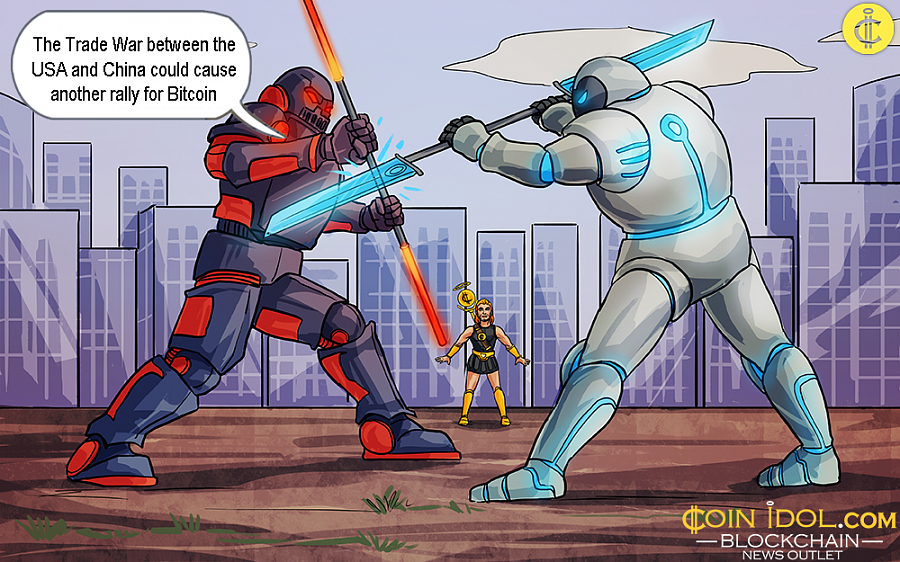 The Trade War between the United States of America (USA) and China could cause another rally for Bitcoin, Ether, Ripple and other popular cryptocurrencies. The economic war could ultimately spread into the USA bond market, with China liquidating US Treasuries. Gold seem to be flat compared to Bitcoin. Investors affected by the trade war have decided to seek refuge in blockchain and digital currencies.

Since the US-China economic war is changing from tariffs now to technology, the globe’s leading cryptocurrency by market cap Bitcoin is becoming the most profitable class of asset just like Gold. BTC has grown by 132.69% year-to-date (YTD) since 2019 started, and other popular currencies have also gained in value.

US Treasuries have for a long time been a perfect store of value even during the times of increasing global tension driven by trade wars and various geopolitical events, and that is one of the reasons why US Treasuries have also been surging along with BTC following the US-China Trade uncertainties broadening in the previous months.

In effect, China has managed to park more than 1 trillion in US Treasuries, as one section of its dollar management policy, and it is now more likely that China is going to sell them if the trade war does not stop soon, and that action could be bullish for rival major Treasuries, BTC and other cryptocurrencies as well.

Meanwhile, the entire crypto market capitalization is sitting at more than $275.365 billion falling from $282.187 bln registered on May 30 (a loss of over $6.82 bln in just a few days), according to coinmarketcap
data.

What Could Happen if Bitcoin is Separated From Blockchain?