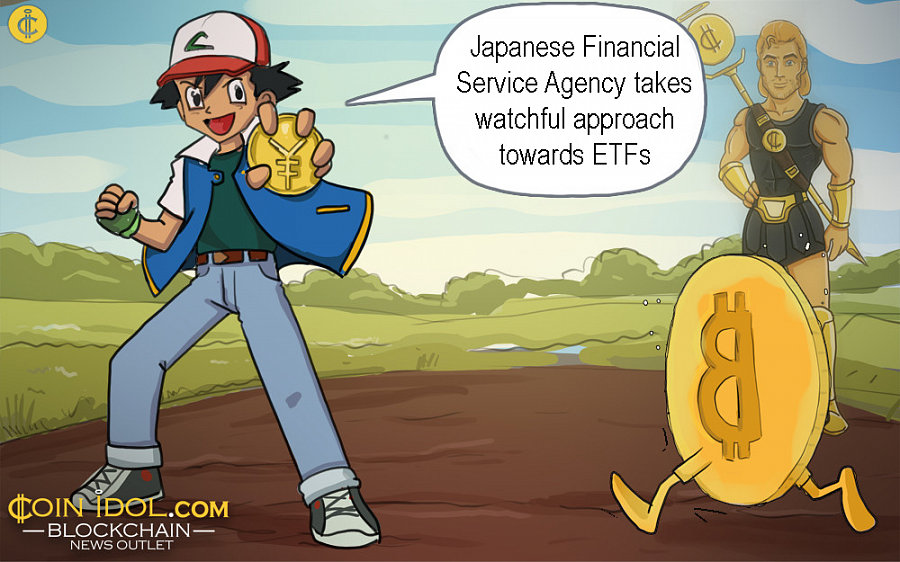 Japan is suspicious about cryptocurrency-based exchange-traded funds (ETFs) due to price volatility. According to the remarks from the upper house of the National Diet that happened recently, the country’s monetary watchdog Japanese Financial Service Agency (FSA) expressed a watchful stance towards ETFs.

At the meeting, a political figure Takeshi Fujimaki, revealed that the blockchain and digital currency community could very soon see the United States Securities and Exchange Commission (US SEC) approve or disapprove a cryptocurrency ETF, and also referenced encouraging and discouraging made by Hester Peirce, Commissioner SEC.

Cryptocurrency to be Entrusted by Banks

Takeshi called upon all Japanese people and financial bodies participating in this nascent productive industry not to be left behind following the SEC’s decision on Bitcoin ETFs that will soon be made. The politician is concerned about the security of users and crypto exchanges, there are many threats including hacking, cryptojacking, fraud and others associated with Bitcoin and other major digital currencies, that are trying to affect or tarnish the image of these innovations.

So, if the ETF verdict is reached, digital currencies will be highly trusted by the banking institutions and stored by upholders, and such a financial asset will cause a significant market growth by attracted a multitude number of institutional investors to make massive investments in blockchain and cryptocurrencies, and further reduce on their volatility and instability level.

However, not all the FSA committee is thinking in the same direction about the matter of exchange-traded funds. One committee member made some contrasting views stating that Bitcoin and all other forms of digital assets don’t have an intrinsic value, which leads to awful price instability (fluctuation). But, Takeshi replied to these opposing views by making his supportive stance towards ETFs approval, as he believes it will prevent the value instability of Bitcoin and other digital assets as well, hence turning them into a more lucrative financial investment.

It seems the US SEC shares such an opinion, for they have been postponing ETF approval for a while now. Late last month, the financial watchdog once more
delayed a VanEck crypto ETF approval, claiming that it requires extra time to enable it to gather other important information, opinions and concerns from the public concerning digital assets and its underlying technology: blockchain. The US SEC further set 14 more questions to be answered by the crypto community and any concerned party, in order to enable them make an outstanding verdict on the matter.  Mostly, the questions focus on the security of investors and the public interest. The SEC will only make a decision on any ETF if all crucial demanded changes are fulfilled.

In fact, the exchange-traded funds approval can boost the blockchain and cryptocurrency market. It is obvious that the cryptocurrency ecosystem has a basket full of issues lacking enough adoption, popularity, value and dominance in the financial sector; unending hacking, hoky-poky actions, etc., and this brings worries in the minds of new investors since they fear dealing with a fresh class of asset and also fear making losses. Fortunately, ETF is this kind of a financial tool, which when approved, will greatly
boost and attract a vast number of crypto and blockchain investors into the market, that has been used of fiat assets for spans of centuries.

What Could Happen if Bitcoin is Separated From Blockchain?

6 Factors to Help You Create a Popular Blockchain Business