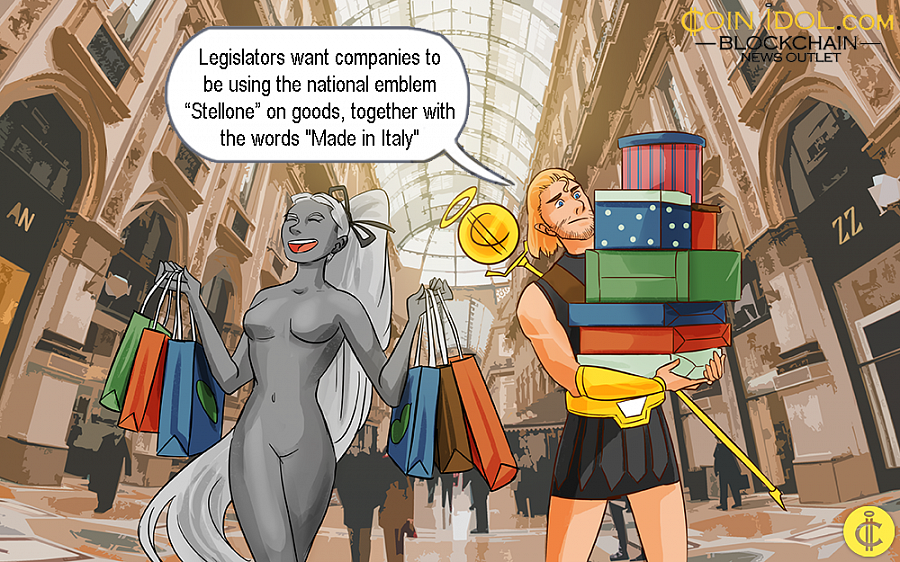 The Made in Italy project aiming at using blockchain to protect goods and services produced in the country, has returned to parliament for further reinforcement. It is a modification to the growth decree, that has brought Five Star Movement (M5S) in the Budget and Finance committees, to resuscitate the issue that had appeared from the draft of the provision before the launch by the Council of Ministers. Other major amendments including internationalization and stabilization of the Made in Italy Plan are also underway.

Legislators want companies to be using the national emblem “Stellone” on goods, together with the word “Made in Italy” for the drives of promotion, protection of intellectual and commercial property.

Much Desire for Innovation

It is also likely that firms, on a voluntary basis and for a fee, could use state markings with the words Made in Italy and the national emblem of the Stellone. A decree of the Ministry of Economic Development (MiSE) headed by pro-blockchain minister
Luigi Di Maio, will regulate the supply of the stamps on the basis of the norms concerning the value cards.

The M5S also indicates the willingness of establishing a collective brand “100% Made in Italy”, that can be combined with other quality certifications or declarations of origin using
blockchain technology. The mark is envisioned to differentiate products specifically originating from the whole national supply chain, that dominantly use raw materials completely of Italian origin, produced and packed from Italy. The MiSE should define a traceability and labeling system to ensure the source and uniqueness of the
products while using blockchain technology.

An M5S amendment also proposes to make a strategic plan for the promotion of Made in Italy and the attraction of investments in the country that had been foreseen, in an astonishing version, by the 3-year decree, with updates on a yearly basis.

In mid-May, the Italian government via the MiSE and M5S joined hands to achieve a zero tolerance to all counterfeit
Made in Italy goods and services, of course, using blockchain and other novelties. At the time, the minister of MiSE released a post on Facebook, warning the public that there are over 100 billion euros of counterfeit Made in Italy goods worldwide.

6 Factors to Help You Create a Popular Blockchain Business