It was a volatile week and the price touched $9,000 for a short time before correcting to $8,000. Even there, we saw the support failing. Support is currently around $7,730 and we can estimate that the next levels of support will be at around $7,500. The corrections are considered minor and it is early and risky to take a short position as the strong support is not broken. 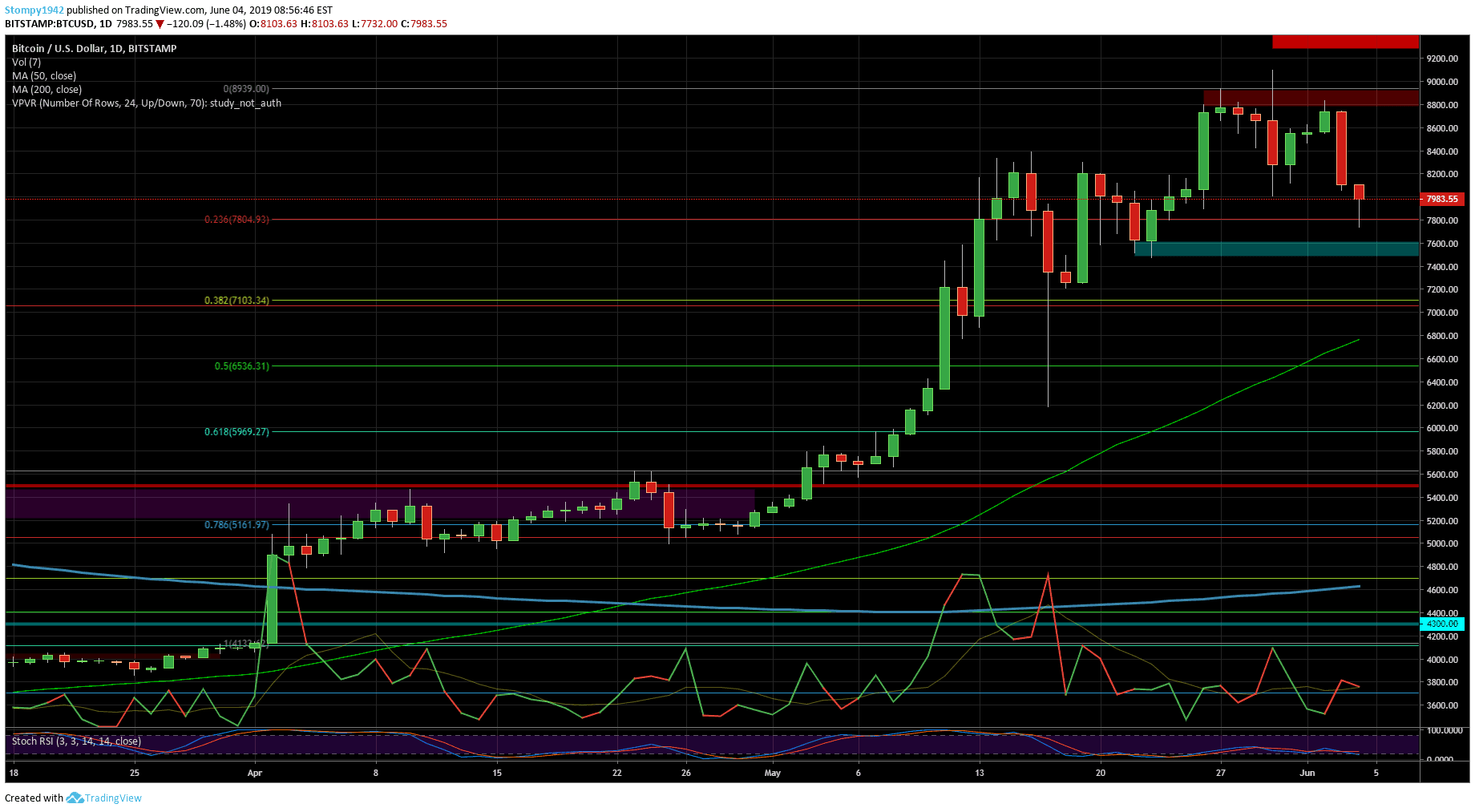 Against the USD, we saw an attempt to break through $280 and then we saw a correction to the area around $240 which is not far from the support at around $230. The resistance remains and the question is whether the market will test the support again or we will see another attempt to go up. 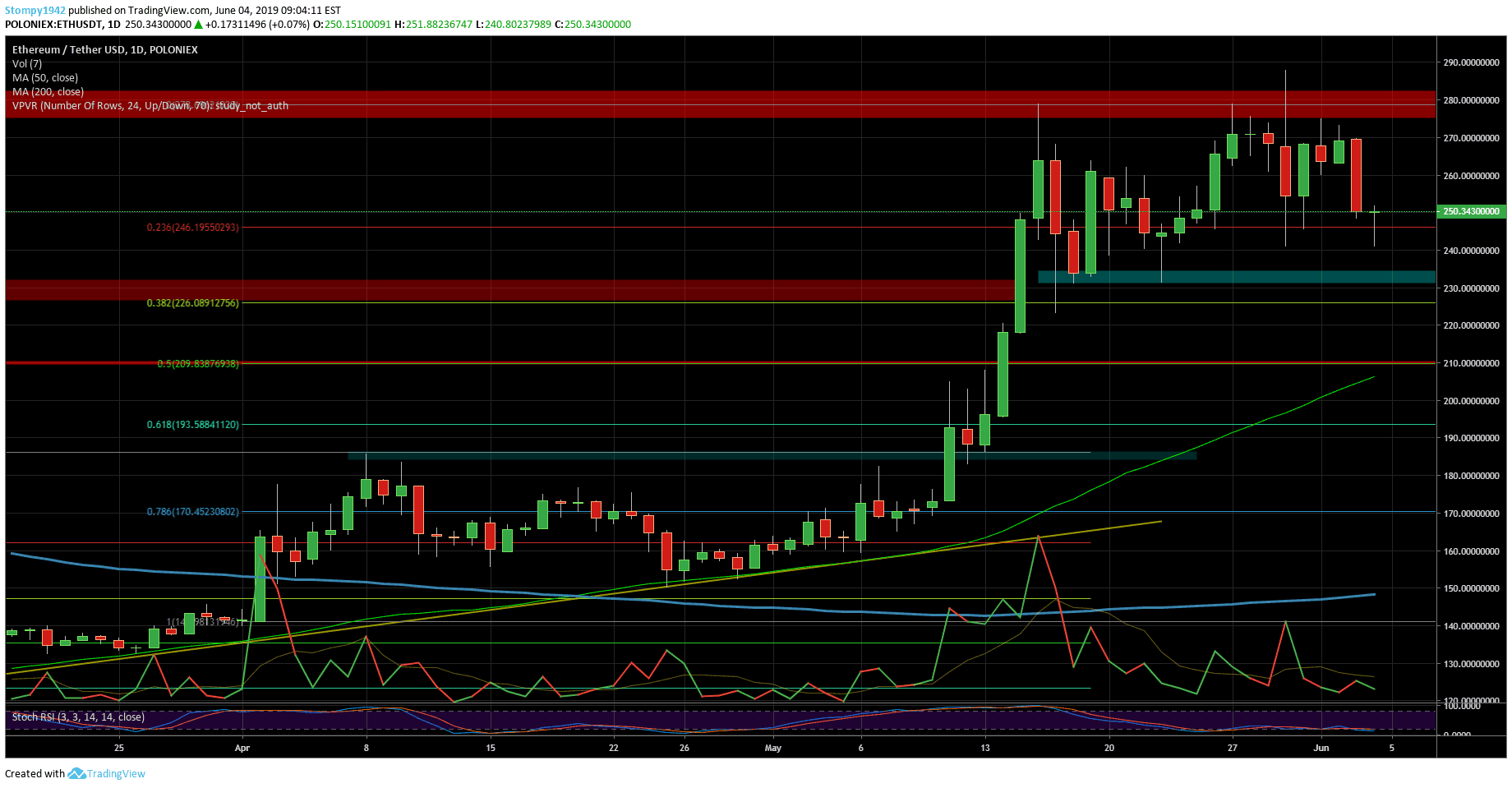 Against BTC, support is built around 0.03BTC which is in the 50MA area. Resistnace in this range is at 0.033BTC and a stronger support at 0.034BTC where the price bounced down the last time. 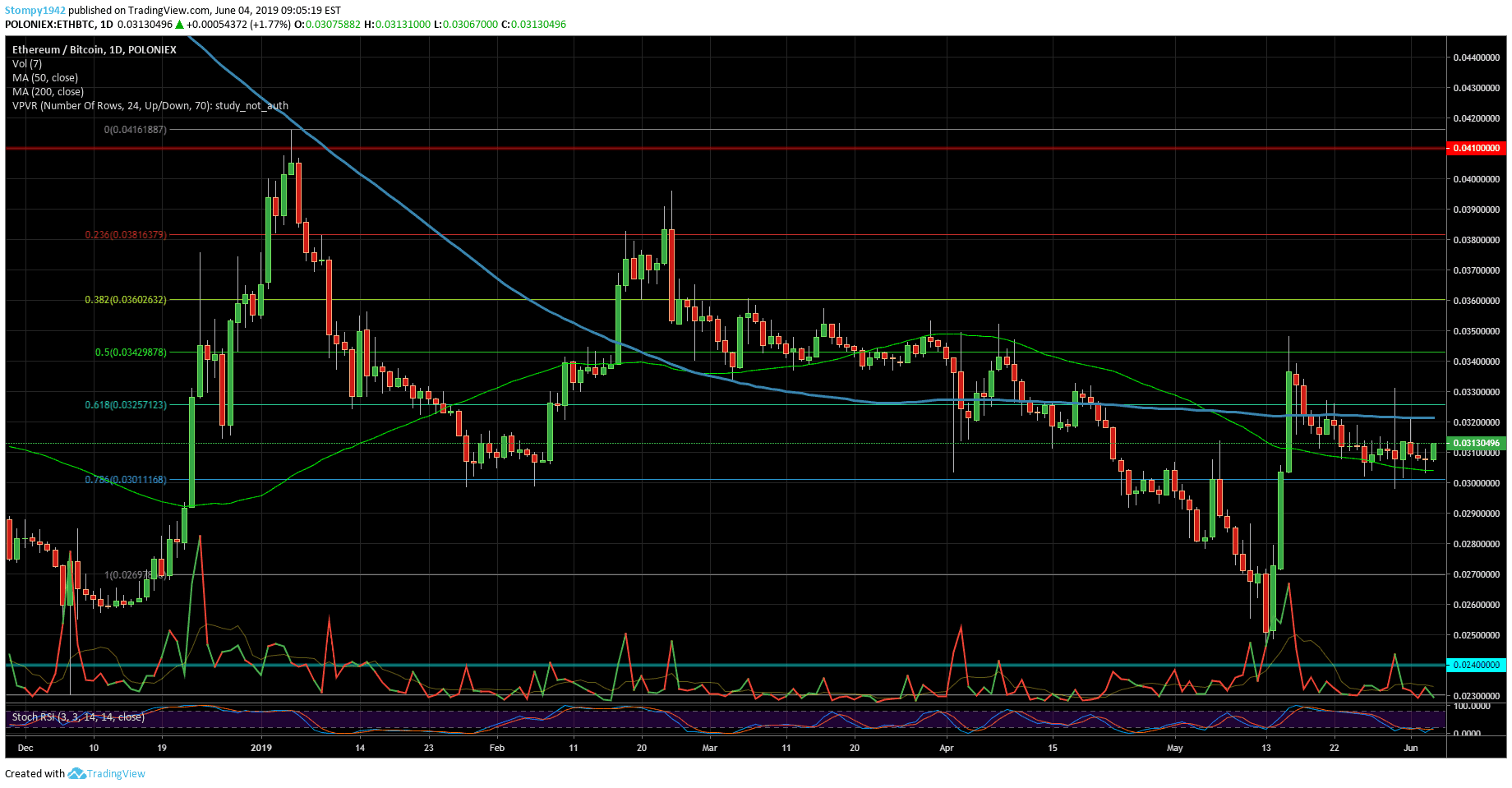 Against the USD, support is around 40 cents and resistance is at 46 cents. It should be noted that the 50MA crossed the 200MA which is encouraging for XRP holders. 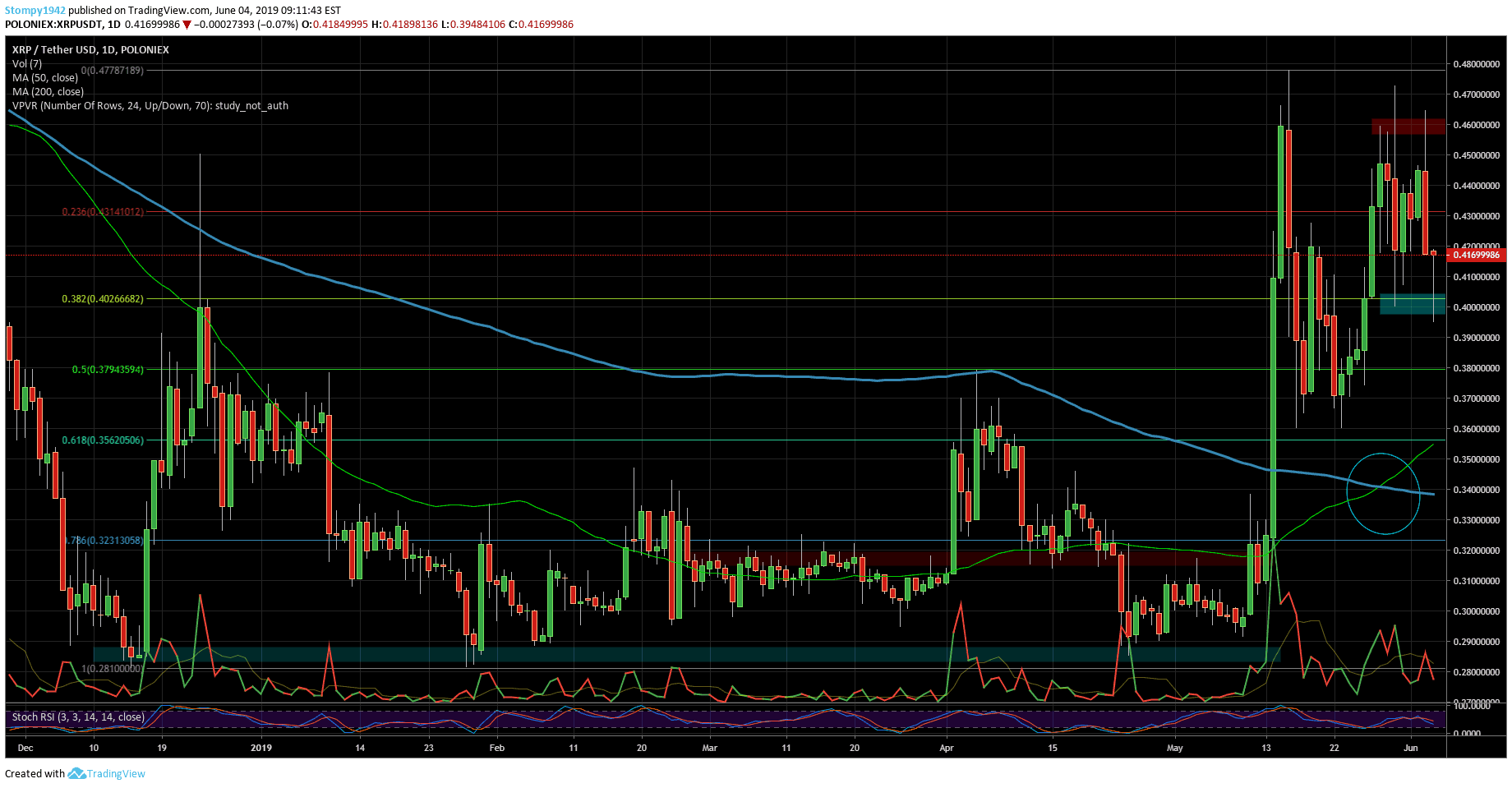 Against BTC, the price shuffles around the 50MA. Resistance in this range is at 5400SAT and support is fragile around 4900SAT. 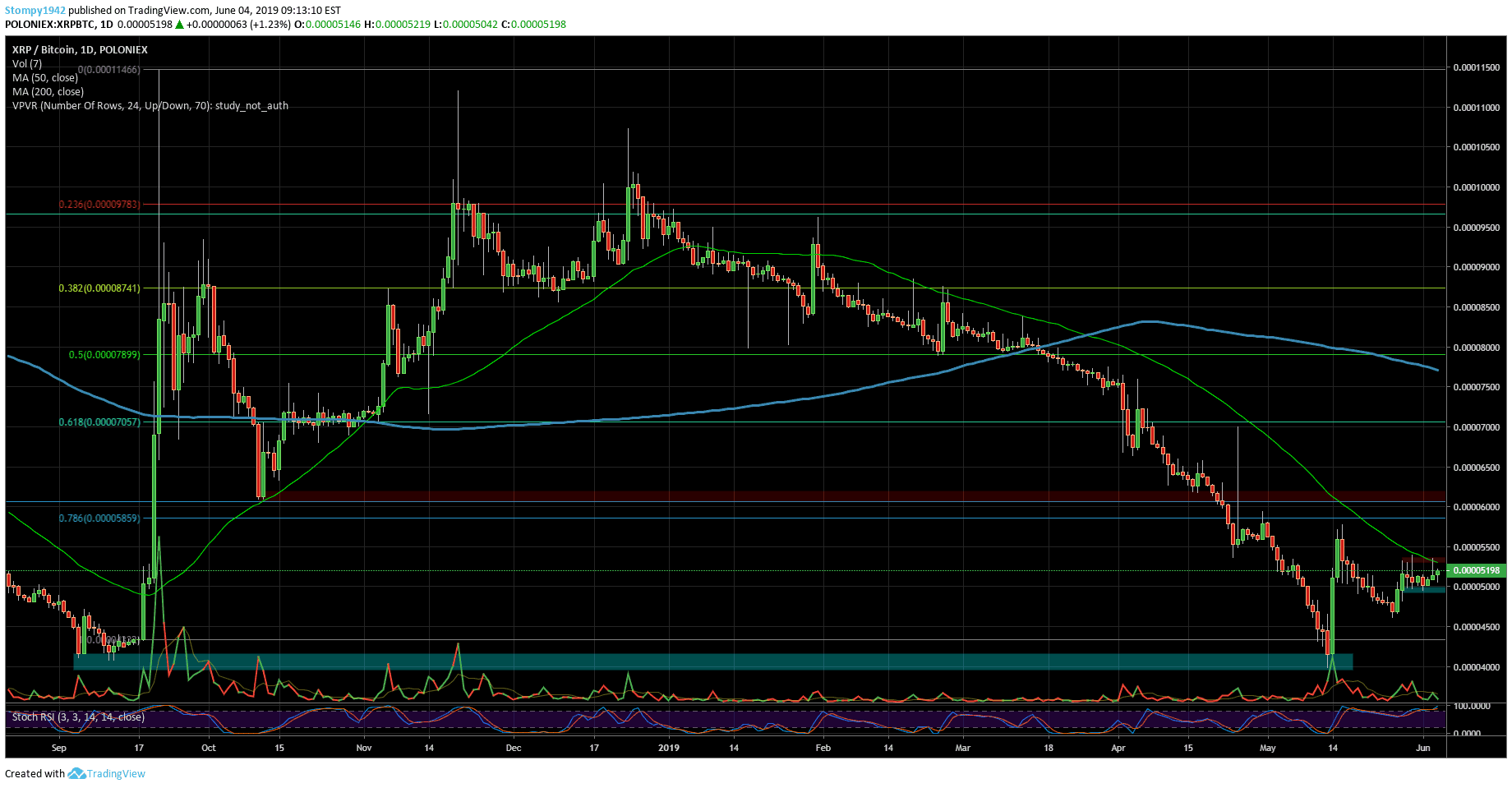 Against the dollar, while the market was in a mixed trend, BSV stole the show with a staggering increase of more than 300 percent within just two weeks. From $60 it is now around $270 where is the resistance. In a run of the kind, it’s difficult to assess what the current support is. In the meantime, it’s currently at around $210. 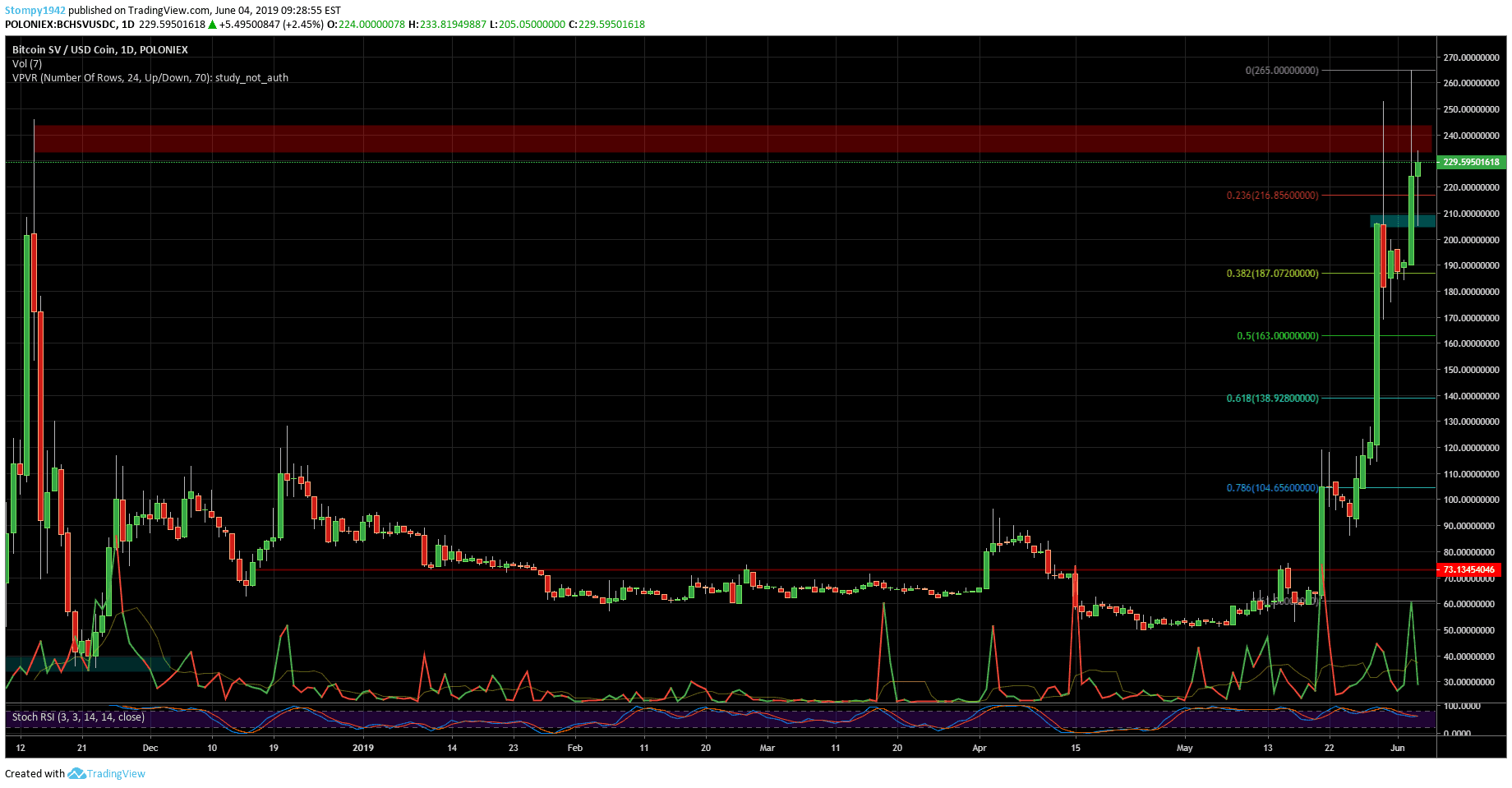 Against BTC, we also saw a sharp reversal which is not far from the highs that were at the end of 2018 at around 0.038BTC which was the top. The resistance in this range is at 0.29BTC if it attempts to break out in the last 24 hours. The safe support is at 0.026BTC. 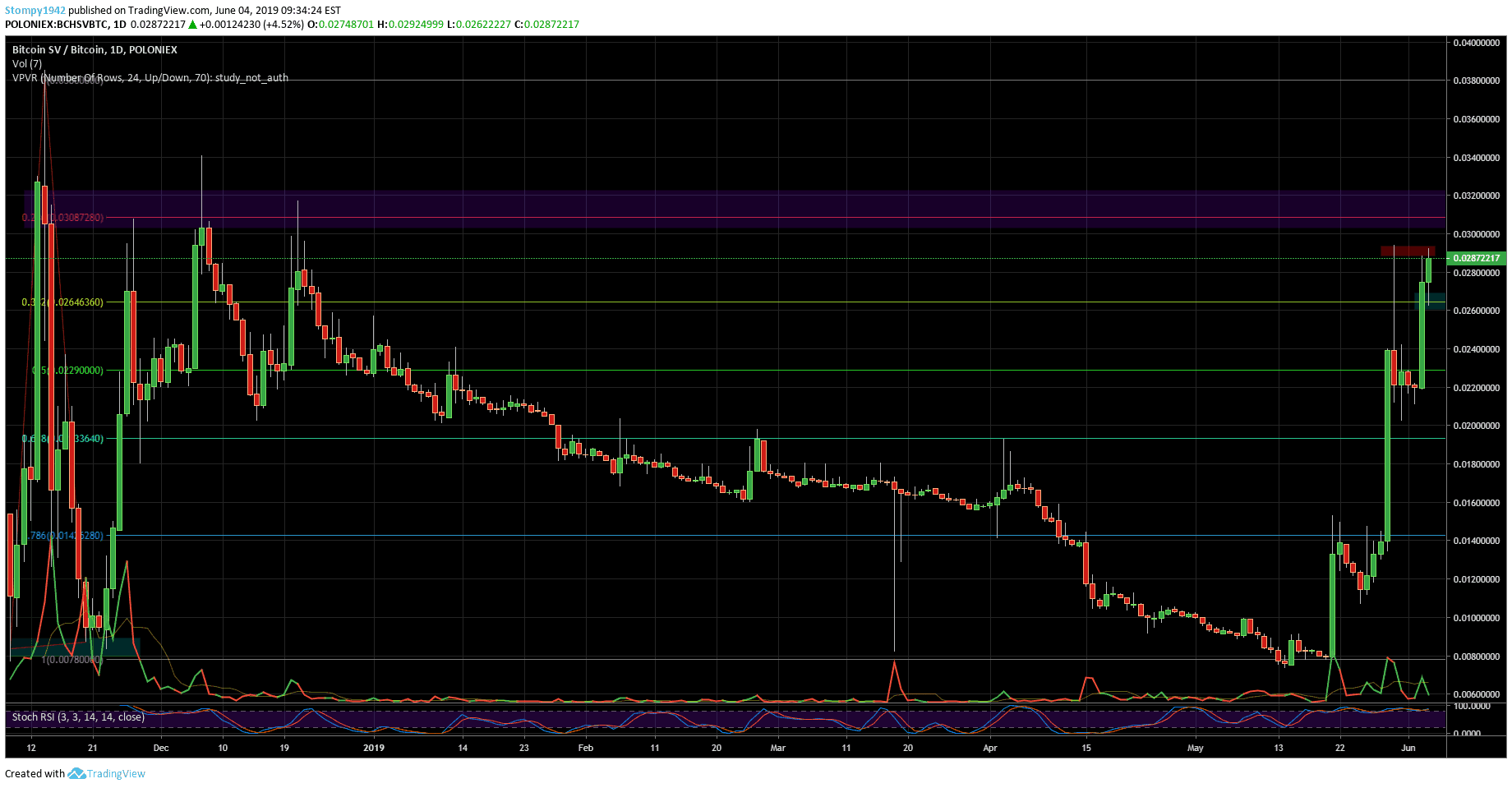 Against the USD, on the weekly graph we saw a period of price declines which has now began to climb up from a low of $3.5 to nearly $10, where the resistance lies. Support is being built around $8. 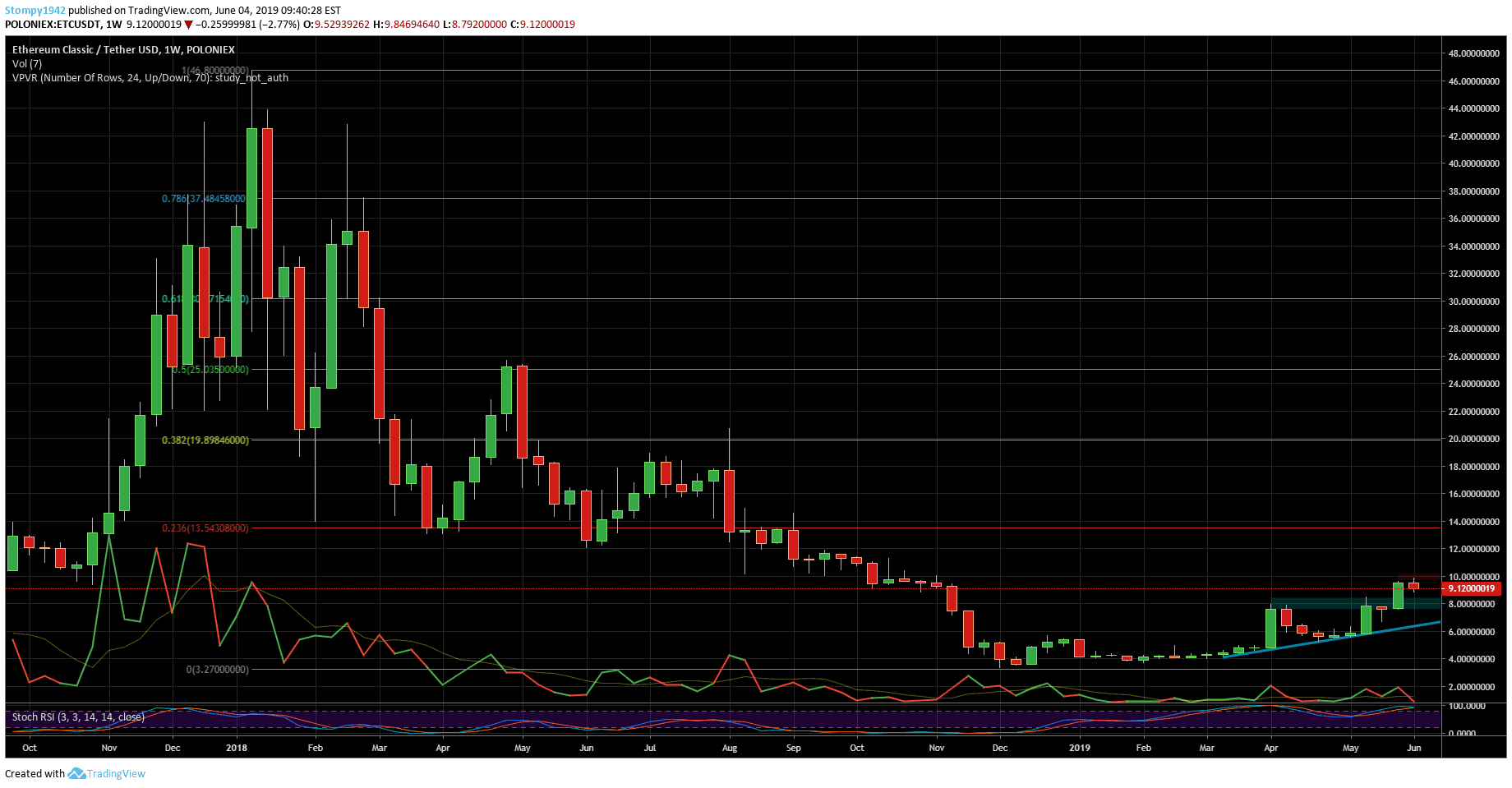 Against BTC, on the weekly chart, it is still difficult to determine whether we saw the bottom at 0.00073BTC because it corrected slightly above and it trades at the resistance range of 0.0011BTC. If there is a breakout above 0.0015BTC, it would appear that the trend is change. Support at this range is at 0.001BTC. 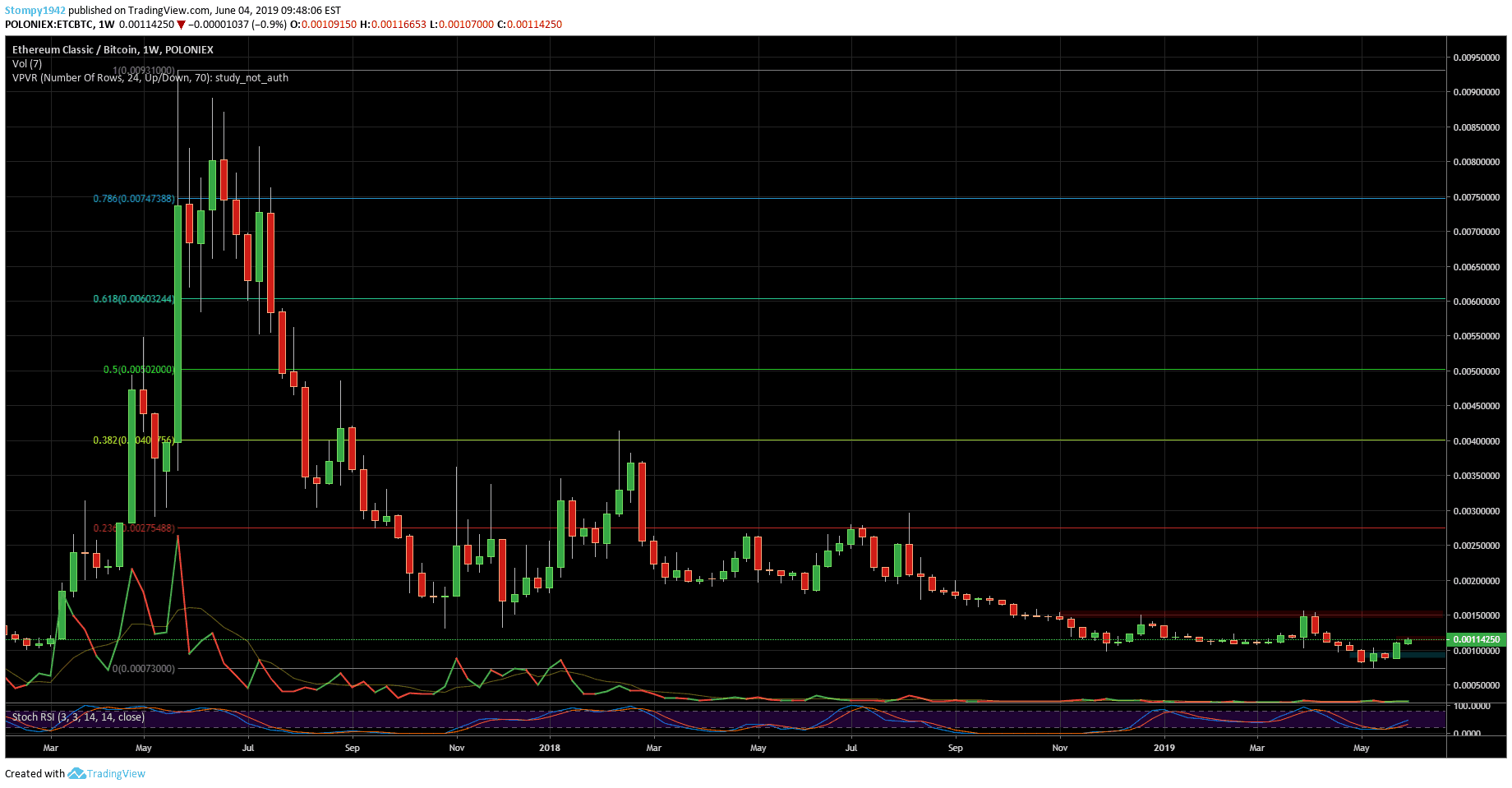 Bitcoin Will Conquer Wall Street – And Everything Else: Ex-Coinbase CTO