The decentralized exchange (DEX) developed by major cryptocurrency exchange Binance will block access to users based in 29 countries. The DEX informs potential users of the restriction via a message that appears when accessing the platform from one of the regions.

The message appearing on the platform states:

“It seems you are accessing www.binance.org from an IP address belonging to one of the following countries: 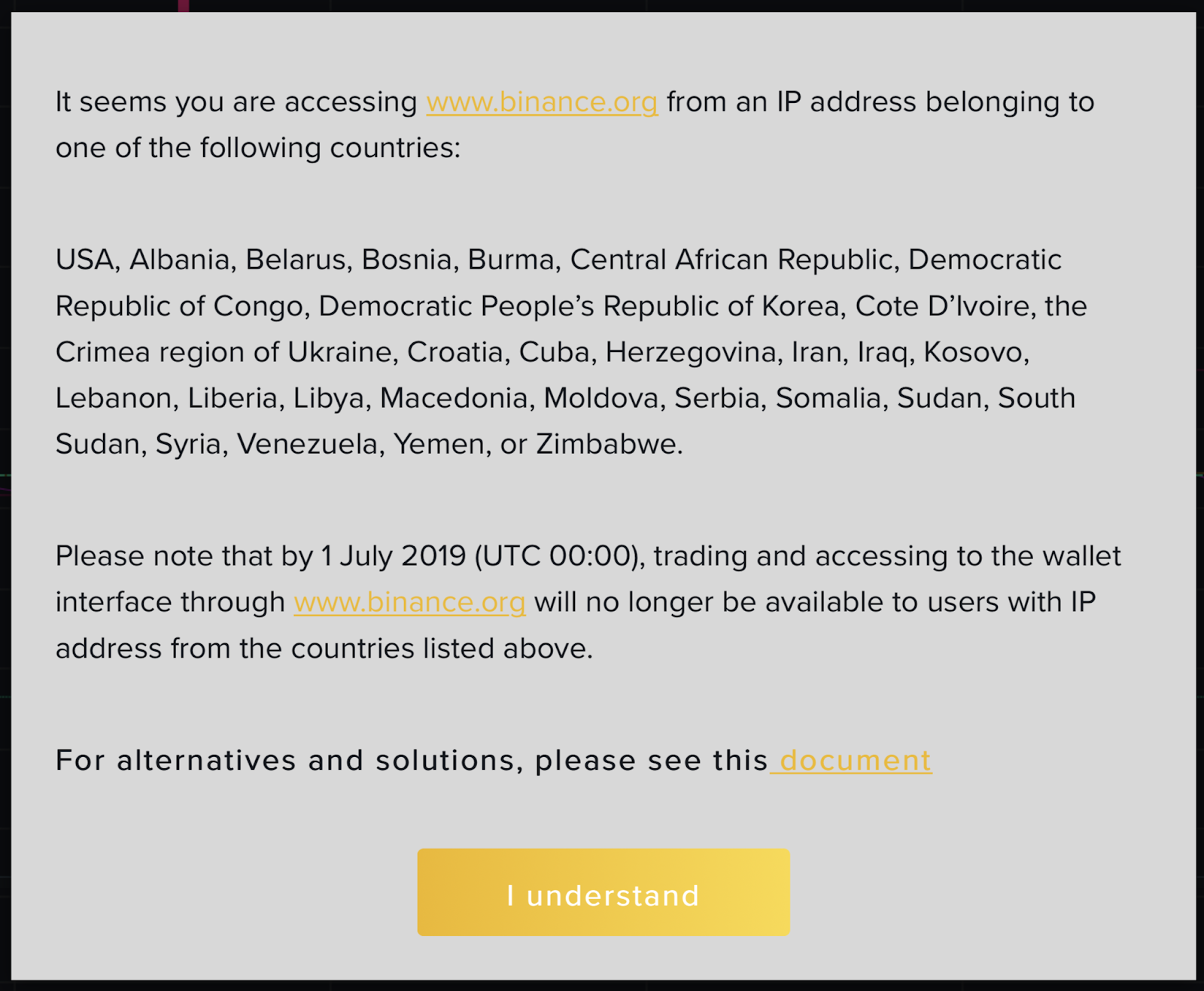 Pop-up when accessing the platform from within the U.S. | Source: binance.org

The pop-up also warns about how trading and accessing the wallet interface through the website will be blocked for users with IP addresses from the aforementioned countries.

Lastly, the message also links to a list of wallets supporting the Binance Chain (BNB) mainnet, suggesting them as alternatives for holding and managing the assets.

Binance has not replied to Cointelegraph’s request for comment on the move at press time.

Many in the crypto community characterized the finding as an indication that the DEX is in fact not decentralized. A Twitter user well known among crypto enthusiasts, Whale Panda, commented:

“Reminder that it was never a DEX so stop calling it a DEX. It’s just a word they used to pump $BNB, it was never meant to be decentralized.”

A Steemit post dedicated to the topic links to a list of suggested crypto asset trading platforms that do not require users to go through Know Your Customer procedures.

As Cointelegraph reported at the time, Binance launched its decentralized trading platform earlier than planned, in the second half of April.

Yesterday, June 1, Cointelegraph reported that the largest portion of traffic directed at crypto exchanges globally comes from the U.S., followed by Japan.

At the end of last year, Time reported that bitcoin (BTC) has a substantial liberating potential thanks, among other things, to the inability of authorities to control access to it.

Top 4 Ways to use Bitcoin and Other Cryptocurrencies in 2019