The South Korean Ministry of Science and ICT has announced plans to run a follow-up study on blockchain regulations.

The study is a part of the South Korean government’s science and tech initiative aimed at figuring out how to improve blockchain regulation. This is part of the government’s plan to increase crypto adoption within its border.

First Study Group Was in June 2018

The areas of focus listed for the study group then were: the application of distributed computing systems, smart contracts, personal privacy, digital signatures, and electronic documents.

The South Korean Ministry of Science and ICT has confirmed the reason why it is so invested in improving crypto regulation in the country. The ministry explained that:

“We plan to study ways to improve regulations in preparation for full-fledged pilot projects,”

“We plan to utilize research results derived from future study groups through industry hearings through public hearings, and through consultation with related departments, to lead to improvement of actual regulation.”

Reportedly, South Koreans are increasing their crypto holdings. This was made known via the result of a survey conducted by the Korea Financial Investment Association (KOFIA).

A total of 2,500 South Korean residents who invested in cryptocurrencies like BCH, ETH, and BTC took part in the survey. Importantly, the result of the survey was from a poll conducted in December 2018. The poll revealed that 7.4% of the 2,500 individuals surveyed said they currently own digital currencies.

Moreover, residents of the country between the age of 25-64 years old who have at one point in time purchased cryptocurrencies over the last year have invested more than $6,000 on average. 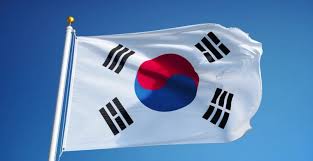 The South Korean Ministry of Science and ICT has announced plans to run a follow-up study to figuring out how to improve blockchain regulations.