Ethereum has seen a slight rebound during the end of April 2018 toward $170. The cryptocurrency has seen an impressive 90-day price increase of 50%. However, the coin has struggled over the past month as the ETH price was steady and decreased against Bitcoin.

Despite this sluggish price movement, Ethereum remains ranked in 2nd place in the top coins by market cap as it currently holds a $17 billion market cap value. 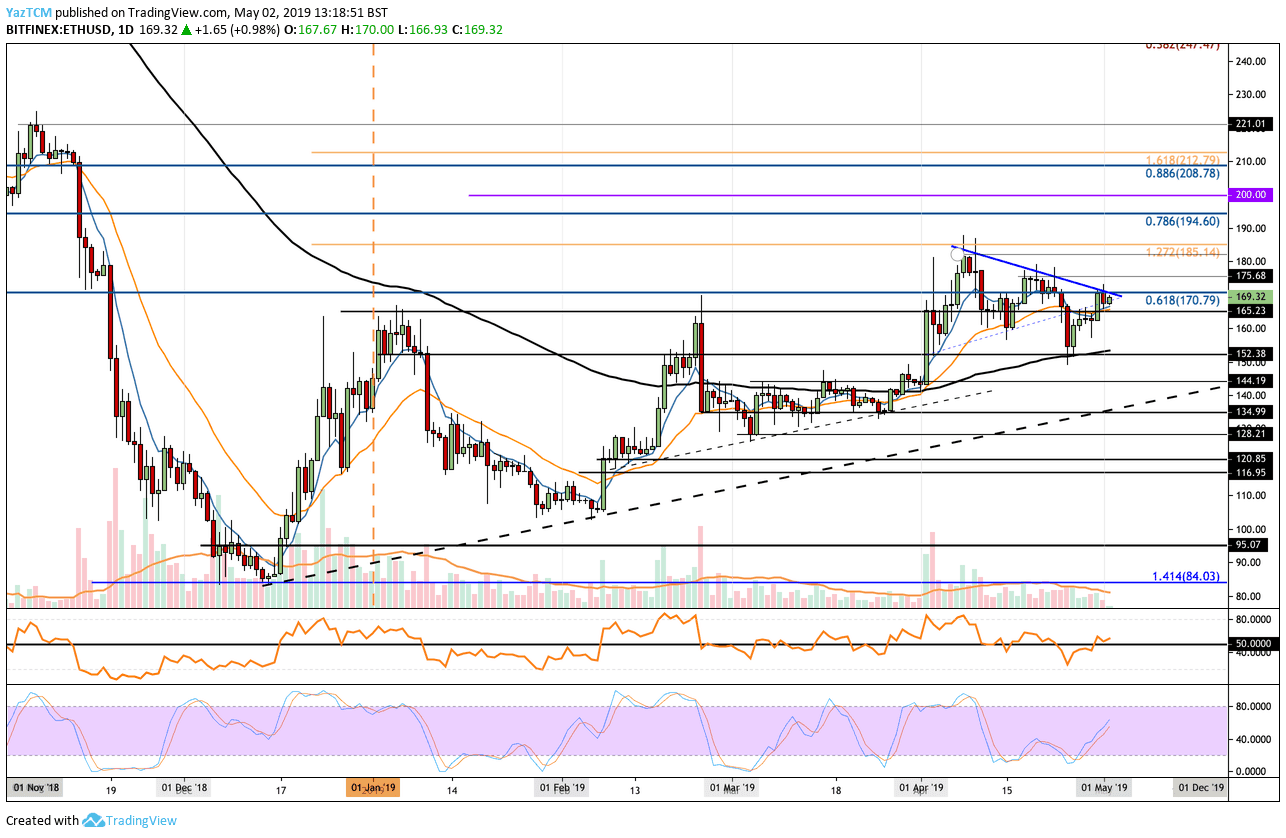 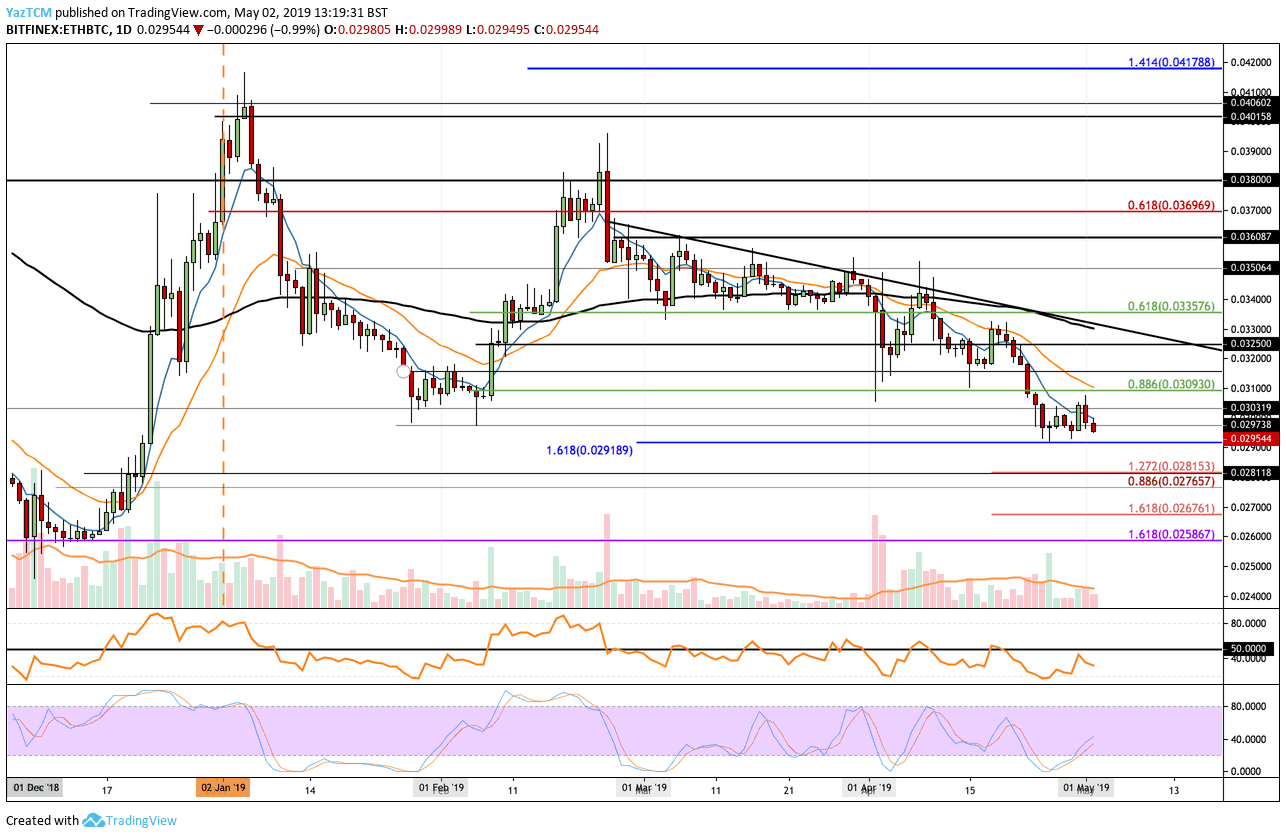 Ripple Price Analysis: XRP Is Facing The Critical 5000 SAT Support. Can It Hold?