Thursday, May 23 — Cryptocurrency markets are starting to move upward, having overcome the drop in the beginning of the day, according to Cointelegraph’s Coin360. 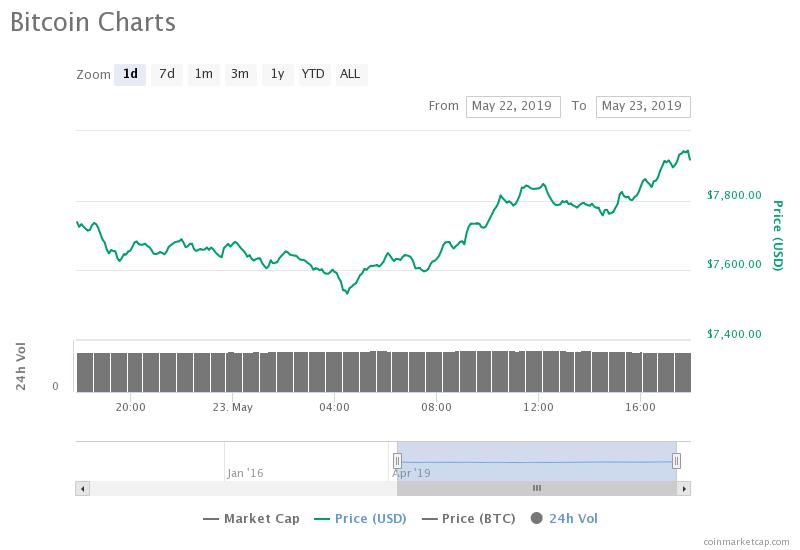 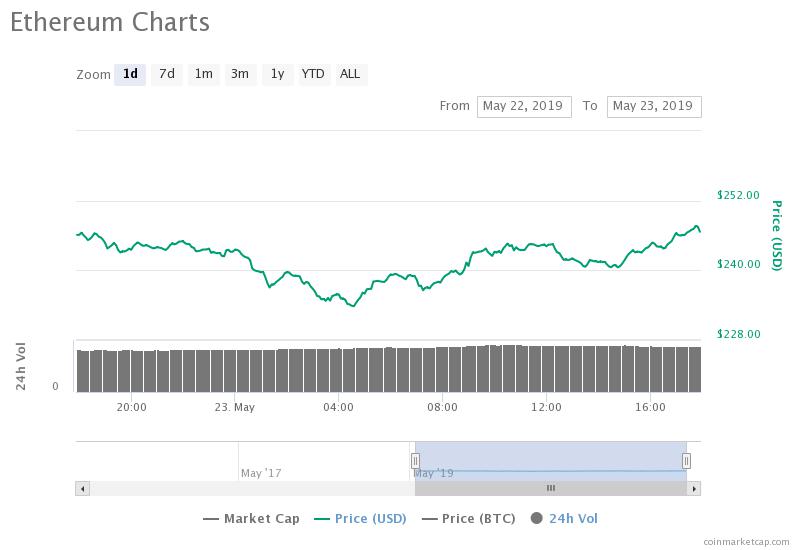 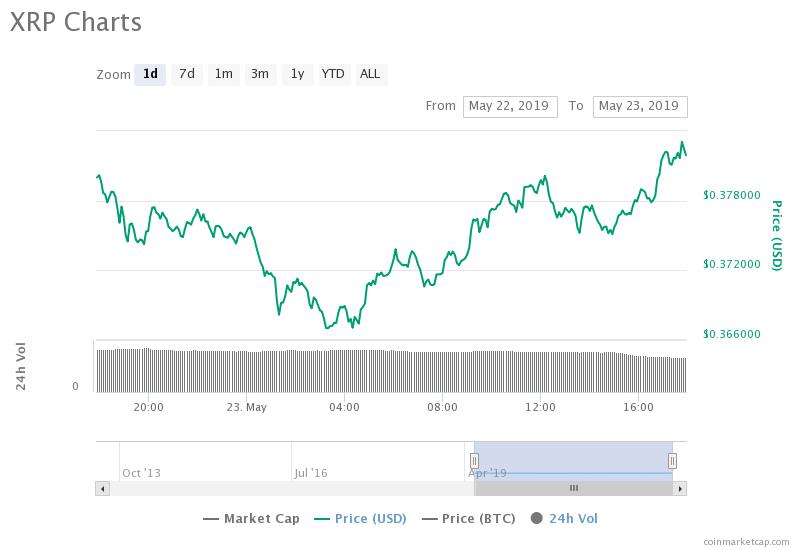 Cosmos (ATOM) has seen the biggest losses over the past day and is trading at around $4.28 at press time. Throughout the day, the altcoin has been gradually sliding to its current price, while it started the day at $4.44. 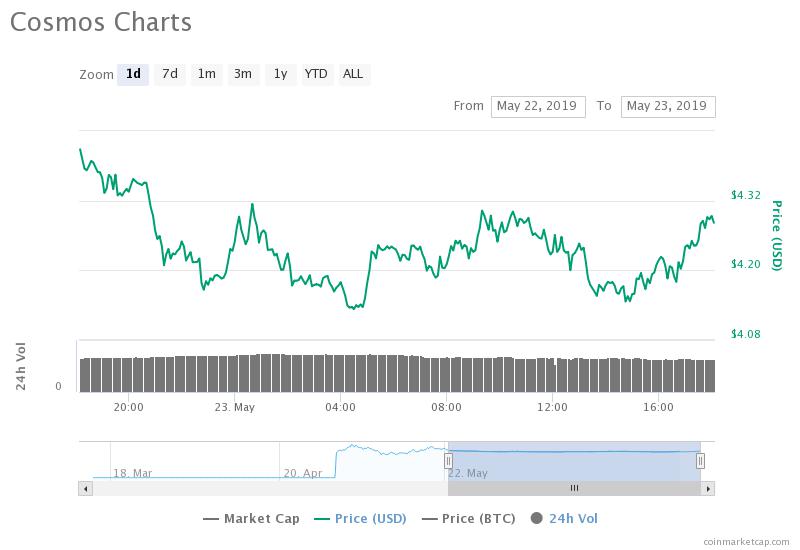 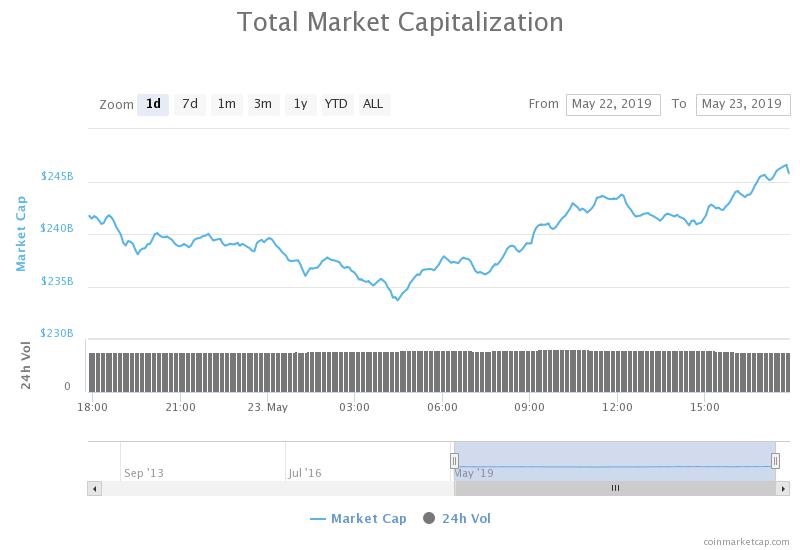 Meanwhile, oil prices tumbled nearly 6% today, extending steep losses in the previous sessions, as a reaction on a prolonged United States–China trade war, according to CNBC. U.S. West Texas Intermediate crude futures reportedly settled $3.51 lower at $57.91 per barrel, tumbling 5.7% to the lowest closing price since March 12, while Brent crude futures sank $3.35, or 4.7%, to $67.64 per barrel.