An economics professor and Nobel Laureate from John Hopkins University, Steve Hanke has struck back at Bitcoin again, saying it is “a highly speculative asset, not a currency”. He was responding to an article published by CoinDesk that says Bitcoin has recorded double-digit growth for the third week in a row.

Bitcoin recorded the same growth in 2017

According to the CoinDesk article, the double-digit price gain for three consecutive weeks was first achieved in 2017 and never again. The article speculated that with the strong bounce from the end of the last week, Bitcoin could be heading to $8,500 in no time. Professor Hanke does not see it that way though, he rather cautioned that care should be taken as this pattern was seen in 2017 and Bitcoin is a highly speculative asset, not a currency.

Hanke has not been very friendly towards Bitcoin and probably cryptocurrency in general. Earlier this week, he said buying Bitcoin is a fool’s game and potential buyers shouldn’t let the current price surge fool them. Hanke’s position may seem kind of confusing as some key cryptocurrency personalities have said a repeat of 2017 patterns signal another bull market that will be like or exceed that of 2017 in magnitude.

Bitcoin an asset, but is it speculative?

It has been accepted almost universally that Bitcoin is an asset, an Israeli court confirmed that yesterday 21 May. However, is it as speculative as Hanke makes it seem? Any crypto enthusiast with above average knowledge of Bitcoin workings would tell you it is based on Maths.

While most members of the Bitcoin community may not know how it works, seasoned traders such as Peter Brandt can make predictions with high levels of accuracy concerning Bitcoin market direction, which can help investors make informed decisions. Can Bitcoin be considered a speculative asset despite the fact that its direction can be predicted? 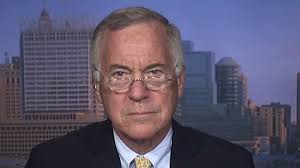 Bitcoin is a Highly speculative Asset, not a Currency – Economics Professor

Professor Steve Hanke of John Hopkins University says Bitcoin is a highly speculative asset, not an asset, so repetition of its 2017 market feats may be a trap.