After plummeting 80% against the US Dollar in 2018, Bitcoin has been making and sustaining its gains this year. So far, Bitcoin is back above $5,000 USD, looking to sustain its gains. That is roughly a 37% gain since the start of the year. Although these gains are pretty impressive, what do they really mean for Bitcoin and cryptocurrency markets? Are the latest price increases something, nothing or everything for Bitcoin?

From the perspective of those looking for fiat profits, Bitcoin was probably a buy since it hit rock-bottom near the end of 2018. This rally just confirmed its ability to reward risk takers with the fiat profits they take. That coupled with uncertainty in traditional markets due to Brexit and the US-China trade wars, make Bitcoin a great alternative for anyone who can stomach the risk. That definitely is something, but it is nothing for those who see Bitcoin as fundamental change to the way we should see our freedom and our ability to engage in commerce.

Indeed, those who adhere to the broader message that Bitcoin delivers, couldn’t care less if the price is above or below $5,000 USD, or any other mark for that matter. There are those who believe that inflationary currencies, dominated by central banks in an environment in which money can be added to the money supply arbitrarily, working within a system in which people can be censored and banned, is inherently wrong. These Bitcoin holders tend to hold on to their coins, knowing that fiat profits are bound to evaporate due to the very nature of the traditional inflationary fractional banking system.

When Bitcoin prices rise, more people want to buy in. People who want to buy in are already open to the idea of an unorthodox alternative. These are the people hardcore Bitcoin believers should be having a conversation with if they want to further their advocacy efforts. The bottom line is that the greatest benefit of this price rally, is the potential for increased Bitcoin adoption. 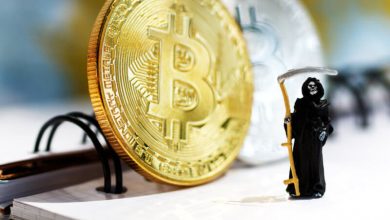