The year 2017 is an important one in the history of cryptocurrency and Bitcoin in particular. It was the year when Bitcoin reached its all-time high price and several peaks were recorded then including order volume on Binance. However, the exchange through the CEO Changpeng Zhao has just announced that they are seeing higher order volume than they did at the end of 2017 which was the highest until now.

Another bull run in sight?

The exchange also reported that the trade volume is only 1/3 of the peak while Bitcoin and Ethereum prices are at 1/3 and 1/5 of the peak prices respectively. The remaining altcoins are at lower fractions of their peaks during the 2017 bull run. Some Twitter users who reacted to the announcement say the increased volume suggests that the ecosystem is maturing and Binance has to brace up to handle the pressure of an impending massive bull run.

Many other 2017 trends repeating

Binance has just announced its own repetition and surpassing of 2017/2018 peak for order volume. Several other such patterns have also been reported such as increased transaction fees for Bitcoin to $4 which was last observed in December 2017 and was found to characterize bull markets. The number of confirmed Bitcoin transactions also reportedly reached 2017 high at the end of April this year. All these repeated patterns raise several questions among cryptocurrency enthusiasts, but the most important may be whether the market is gearing up for another massive bull run that may exceed that of 2017. 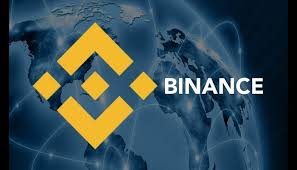 There have been several patterns that resemble those of December 2017/January 2018. Binance has reported that its order volume on the exchange has massively exceeded that of 2017/2018 peak. Is another bull run bigger than that of 2017 on the way?